Frans Somers, owner of SBC International, talks about the advantages and disadvantages of the introduction of the euro. He raises the question whether the euro should have been introduced after all.

In hindsight, according to many experts the euro should never have been introduced; at least not for countries such as Greece, Italy, Spain and Portugal.

Additionally, before the common currency was introduced around the year 2000, quite a number of economists strongly doubted the advantages of the system. Even worse, monetary integration beyond the existing system of fixed but adjustable exchange rates (the European Monetary System – EMS) was assumed to be very risky.

The main reasons for introducing the common currency from an economic point of view were the following: to further promote intra-European trade and competition and to strengthen the EU as a global powerhouse. Competition is the keyword in this context. European integration had the intention of removing all the barriers of internal trade: tariffs, border controls, different legal regulations and product requirements, etc. The abolition of national currencies was considered as the final step in this process, because a common currency would remove all transaction costs and currency risks associated and guarantee market transparency. Hence, promoting the mobility of goods, services and capital. A crucial point was also that by abolishing national currencies, there would no longer be the option to take an ‘emergency exit’ for individual countries to escape from international competition: competitive devaluations were essentially ruled out. Until then, countries with increasing costs and high inflation rates could restore their international competitiveness overnight by a simple devaluation. This was common practice in countries like Italy, Greece and Spain; reason why one could receive enormous amounts of liras, pesetas or drachmas for a guilder or mark in the end. Taking away this monetary instrument meant that these countries would become fully exposed to international competition and the discipline of the market. Weaker European countries would be forced to improve or they were driven out of the market: a matter of sink or swim. As a result, competitiveness would not only be reinforced in individual European countries, but also for the EU as a whole, strengthening its position on world markets and thus promoting overall European growth, employment and prosperity.

A nice theoretical model, but would it also work in practice? In the early nineties of last century, the pros and cons of a common currency were fiercely debated. The case against the euro focused on two arguments:

–          The European Union definitely did not meet the criteria for an Optimal Currency Area (OCA).  This theory was originally developed by Robert Mundell as early as 1961. In an OCA the benefits of a single currency are intended to be greater than the costs. An OCA presumes flexibility in either prices/wages costs and/or factor mobility. It means that, if a country has a relatively high inflation rate, it will loose market share, leading to shut down of firms and unemployment. Adjustment will take place either through lower wages and prices (price flexibility) or migration of workers to efficient countries (factor mobility). However, if wages and prices are rigid and workers stay in their own country, the only way out to restore competitiveness is a flexible exchange rate. Precisely as it used to be the case in the southern member states of Europe before the introduction of the euro. As a whole, the EU  until today has been characterised by a high degree of rigidity of wages and prices, despite many efforts of structural reforms to address these problems.

–          The occurrence of asymmetric shocks in demand or supply.  Normally, countries in a specific region are in the same stage of the business cycle. But in theory it may happen that some countries face strong growth, while others get stuck in a recession. With a single currency, there is no opportunity to differentiate monetary policy per country. An example of such an asymmetric shock is the exceptional boom in demand in Germany after the reunion in the early nineties of last century, whilst simultaneously other European countries were in an economic downturn.

This aside, an economic and monetary union (EMU) presumes in principle that countries are in a similar stage of development.  Therefore economic and social cohesion has been strongly emphasized in various EU treaties. Various convergence programmes have been set up in order to prepare member states for participation. Finally, member states could only join the Eurozone if they satisfied five convergence criteria: similar inflation and interest rates, a budget deficit of less than 3%, public debt less than 60% of GDP and a stable currency.

Nonetheless, at the decisive moment in 1997, none of the candidate countries fulfilled all of these criteria – not even Germany, France, The Netherlands and Luxemburg. Countries like Italy, Spain, Portugal and Greece did not satisfy any condition at all, however were allowed to join the Eurozone nevertheless. Needless to say that this could be identified as a false start for the euro.

Why was it decided to establish the EMU anyway, despite the theoretical objections and practical complications? Why were even weak member states so eager to join the Eurozone? By far the most important motive is political. Weak countries envisaged that by becoming a member, they would automatically forced to improve their economies, driven by intensified competition. Governments would come under supervision of European authorities, preventing in particular the unstable ones to overspend and make a mess of government finances. Further, we should not forget that the nineties in the last century were an era of high economic prosperity and progress, along with high growth rates. This created an optimistic view on future developments.

The dramatic events of the early 21st century were not foreseen, however. The debt crisis of 2008, starting with the fall of Lehman Brothers bank, had a devastating effect on the world economy. But more importantly for the EU the crisis had a very different impact on individual European countries; this can be classified as a textbook example of an asymmetric shock. The economies of weak member states were not able to cope with the competition of stronger ones; the rigidity of wages and prices prevented them to adjust and restore the competitive position of their companies. As a result, government budgets of a number of countries got out of control.

Does it mean that – at least a number of countries – should leave the Eurozone and reintroduce their national currencies? Probably not: it would most likely be a disastrous road. “You cannot unscramble scrambled eggs” as Nobel Prize winner Stiglitz put it.  On top of that: it could be indeed that weaker member states will  (forced by the discipline of the market) succeed in the long run to adjust their economies via structural reforms.  There are some hopeful signs for example in Ireland, Spain and Portugal, however the transition to recovery and competitiveness will be a very painful one.

Although after all it can be considered as a mistake to introduce the euro at the time, there is no way back now. The Eurozone must move on, albeit probably on a bumpy road and there will be many policy challenges ahead to keep it on track. 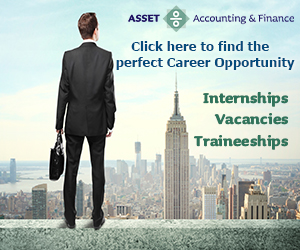