Home » Auditor Rotation is Not the ‘Holy Grail’ for More Independence!

Auditor Rotation is Not the ‘Holy Grail’ for More Independence!

As is often the case when it comes to regulating the auditing sector, the regulators are wrong! Believing that auditor independence can be influenced through mandating auditor rotation mainly shows that the regulator lacks knowledge about how humans think and behave. Close client relationships typically develop very quickly because of frequent interactions with the client. Even after a couple of months, the auditor has already developed a relationship that is close enough to threaten auditor independence. Thus, for auditor rotation to be an effective way to restore auditor independence, the rotation should happen after a very short time period. It is however clear that a yearly rotation is not the best solution. Overall, shortening auditor tenure to periods of 4, 8, 10, or 20 years is unlikely to improve auditor independence.

Quick Identification with the Client
The quick identification with the client is not a phenomena unique to auditors. Indeed, it is a well-documented finding in psychology that human beings very quickly identify with a particular group. Experimental studies, for instance, show that participants in an experiment that do not know each other identify stronger with other participants that wear a t-shirt of the same color than with participants wearing a t-shirt of a different color. Such a strong and quick identification has been used to explain cooperation between people, discrimination, criminal activity, commitment (or the lack thereof) of employees to their firm and a lot of other economic outcomes. As yet another indication of the importance of identification to explain human behavior, the former Noble Prize winner George Akerlof has spent the last 15 years of his career to incorporating identification into economic models. His models can explain human behavior that cannot be explained by traditional economic models. The sad but true story is thus that regulators have neglected one of the most established findings in psychology and economics of the last 50 years.

Recent accounting research investigated how auditor independence can be restored in a situation characterized by close client relationships. Tim Bauer from the University of Ilinois at Urbana-Champaign found that heightening the saliency of the professional identity of the auditor reduces the negative effect of a close client relationship on auditor independence. In his experiment, Bauer induces a higher professional identity by asking the participants, which are professional auditors of Big 4 audit firms with audit experience ranging from 3 to 13 years, to complete a mind map about the “values, attributes, and qualities of the accounting profession”. Such a mind map could also be used on a routine audit. The theory behind the results is that heightening the professional identity induces an identity conflict which can mitigate the auditor’s unconscious bias to favor client preferences. In my own research with Eddy Cardinaels (Tilburg University & KU Leuven) and Xinyu Zhang (University of Texas at Austin), I went one step further and I examined how people deal with an identity conflict when they have a monetary incentive to act in line with one of the two identities. Such a situation resembles the auditing setting as auditors usually have a monetary incentive to favor client preferences. Just as in the study of Tim Bauer, we found that the identity conflict induces people to make a more balanced decision. However, the effect that Bauer document is in our setting only true for people that can be characterized as “prosocials”. For people who only care about their own monetary outcomes, which are labeled as “proselfs”, an identity conflict does not lead to a more balanced decision.

Some Suggestions to the Regulator
Based on recent accounting research, we can make two suggestions that are likely to be much more successful in increasing auditor independence than mandating auditor rotation. The first suggestion is that the professional identity of auditors should be heightened when they have to make important decisions. The second suggestion is that audit firms should be very careful in hiring people that mainly care about money as such people are less susceptible to attempts to heighten professional identity. And….my overall suggestion to regulators is to be at least aware of behavioral research in accounting before implementing new rules! 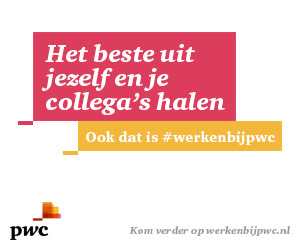