Home » News from the Department of Finance

News from the Department of Finance

Firms can protect their employees against layoffs during adverse industry shocks. In return, employees receive lower wages. Such implicit contracts work out – as long as employees have enough political clout.

Board-level employee representation has re-entered the po­litical agenda. Even countries that have traditionally been skeptical about giving employees better representation and more say in corporate decision-making now discuss board-level employee representation. Prime minister May suggested changes in this direction in the UK in 2017, and Senator Warren has introduced a legislative proposal to the same end in the US in 2018. While the political debate continues to be heated and controversial, rigorous academic evidence is scant.

In a recent empirical study, Christoph Schneider, Assistant Professor for Corporate Finance, together with his co-authors E. Han Kim (University of Michigan) and Ernst Maug (University of Mannheim), analyze board-level employee representation in Germany and argue that labor participation in the company’s management facilitates risk sharing between employers and employees.

“Thus, losing their job as a consequence of economic stress is a widespread fear among employees.”

Human capital arguably represents the largest source of risk in the world of work. During economic recessions, employ­ers might be forced to downsize their workforce in order to maintain their current position in the market. Thus, losing their job as a consequence of economic stress is a widespread fear among employees. Economic theorists have long argued that optimal risk sharing would involve an implicit contract, an arrangement in which employees receive employment protection in exchange for lower wages, which they would accept as an insurance premium. However, it is unclear how firms could commit to such an arrangement, in which they uphold employment even during economic downturns. In addition, workers must be willing to compensate firms for the job guarantees they receive from their companies. Christoph Schneider and his co-authors argue that codetermination is such an institution that allows firms to make credible commitments, which workers are willing to honor through lower compensation as a quid pro quo.

The authors use plant-level data from Germany, which is ideally suited for such an analysis. The country was at the forefront of labor representation starting in the 1970s and is about average in terms of employment protection rights in the OECD. Since 1976, so called parity-codetermination has been in place. This means that 50 percent employee representation on supervisory boards is required by law, for firms that have a workforce of 2,000 employees or more.

The analysis covers data for the years 1990 to 2008. The study investigates whether employment and wage insurance is provided and if so, whether it has an influence on the firm’s performance. The study’s results indicate that in case of parity-codetermination, two groups of employees are indeed successfully protected: white-collar and skilled blue-collar workers benefit from the arrangement. These workers profit from an employment protection that employees in non-parity companies do not receive. For unskilled blue-collar workers however, not even parity-codetermination does the trick. The authors attribute the unfortunate position of this group to the fact that it is never represented on supervisory boards. Unskilled blue-collar workers, about 20 percent of the work force, participate in the elections of board representatives, but their interests do not appear to be represented sufficiently well, so as to enforce implicit contracts, which emphasizes the importance of participation in governance.

Shareholders do not profit, only skilled workers capture the gains.

The study reveals that employees with higher educational qualifications, a group that largely overlaps with white-collar and the skilled blue-collar workers, accept lower compensation of 3.3 percent when they work for a parity-codetermined firm. In exchange, the group benefits from employment insurance and the company can put the savings aside for a potential recession phase. Inevitably, this finding leads to the question whether this is enough to overcome downturns. Do parity-codetermined companies survive periods of recession? Do shareholders even profit from the implicit insurance model? Or does the employment insurance stemming from parity-codetermination put the firms in a bad financial position in the long run?

Christoph Schneider and his co-authors find that in fact, compared to non-parity firms, economic shocks hit parity firms particularly hard. But the savings from the wage concessions seem to compensate the loss. The study analyzes the companies through the whole business cycle, including different states of the economy, and finds no long-term differences in performance and valuation between parity and non-parity firms. However, this means that workers profit from employment insurance, while shareholders are not rewarded with any gain. The authors draw the conclusion that, therefore, firms will not voluntarily install labor representation in their governance structure. Regulatory intervention might be needed when the employment insurance should be spread. 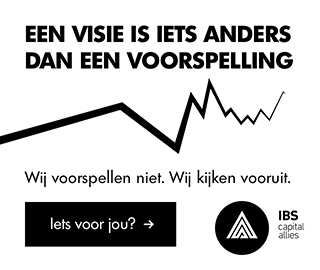 FinTech: the Finance trend of 2020

In recent years, the use of FinTech in the financial sector has steadily increased. But what is FinTech exactly and how has this trend evolved?

Mortgage rates in the Dutch Caribbean: Why are they so high?

Buying a house in paradise comes with a cost: a higher average mortgage rate compared to the Netherlands. What could be the reason for this? Read it here!

In this article a modern investing method, High Frequency Trading, is discussed and Quirien Raat provides us with insights of his job at Flow Traders