Home » Brainport Eindhoven: important for our economy and welfare

Brainport Eindhoven: important for our economy and welfare

When you think of the Dutch economy, the Harbour of Rotterdam and Schiphol in Amsterdam are leading regions. Successive cabinets have always invested in the accessibility of the mainports. But there is a region in the Netherlands that is becoming increasingly important for our economy: Brainport region Eindhoven.

With its high-tech industry, Brainport Eindhoven plays an important role in the manufacturing industry and economy of the Netherlands. Large companies such as Philips, ASML, NXP, VDL Groep and DAF are located there, but also many innovative SMEs and startups. As a result, it offers a great deal of employment for ‘smart heads’ and ‘golden hands’. Brainport, with Eindhoven as its beating heart, has grown into a world-class region in the economic field. This just did not come naturally.

Eindhoven has historically emerged as the regional center of a number of surrounding agricultural villages. In Brabant, people had to work hard to get some revenue out of the barren sandy soils. People are therefore used to working hard and combining forces. Because Philips chose to settle in Eindhoven, the region has grown into an industrial cluster. Eindhoven was a real industrial city in the 20th century and has increasingly developed into a knowledge-oriented region where many knowledge institutions are located, such as independent R&D center Holst-Center and research organization TNO. In the early 1990s, however, the economy of Brainport Eindhoven was hit hard by the contraction of Philips and the bankruptcy of DAF. The so-called “triple helix”, a collaboration between government, companies and knowledge institutions, successfully combined forces to tackle the dramatic loss of more than 30,000 jobs. They received help from Brussels with a fund for a stimulus program. This program meant that good ideas that strengthen the region and ensure innovation could receive a subsidy.

The Eindhoven region is less determined in the 21st century by the industrial sector than before. In 2000, the ratio of jobs for trade and business services was about twice as large as in industry, but that ratio has now risen to a factor of 4. The work in the industry has also gotten a more high quality character. Brainport Eindhoven has become increasingly important for the innovative power of the Netherlands. A third of R&D spending takes place here, it has the highest export quote in the Netherlands, the highest patent density in the Netherlands and more than half of the highly educated foreign employees in the Netherlands work in the Brainport region.

“Since 2016, Brainport region Eindhoven has been given the status of mainport.”

The cabinet invests heavily in Brainport Eindhoven as well. Since 2016, Brainport region Eindhoven has been given the status of mainport. This means that the region, next to the harbour of Rotterdam and Schiphol Airport, is seen as a place with an economic value that is of national interest. With 4.9% economic growth in 2018, it is the fastest growing region in the Netherlands. Brainport Eindhoven will be on PSV’s shirt as from next season. This is a world’s first and this should increase the international appeal.

There are many positive points to find about Brainport Eindhoven, but there are also a number of challenges that Brainport Eindhoven will face in the near future. The attractiveness of Brainport Eindhoven as a living and working region is crucial for the economic growth and well-being of the inhabitants. Currently, one third of the employees live outside the region and this causes extra traffic. The number of vacancies has also increased by one third in the past year compared to the year before. The current labour supply, in particular to technically educated people, is insufficient and represents a major challenge for Brainport Eindhoven.

The economy is now in a booming situation, but as always, in the future the region will have to deal with a downturn. It is then important for Brainport region Eindhoven to continue to innovate and digitize to remain the leader in innovation and in the industry. Brainport Eindhoven can therefore make an important contribution to the economic situation and prosperity of the Netherlands. Many inventions such as the Philishave (shaving apartment), the cassette tape, the CD and the Senseo are from the Brainport region of Eindhoven. What will the next invention be? 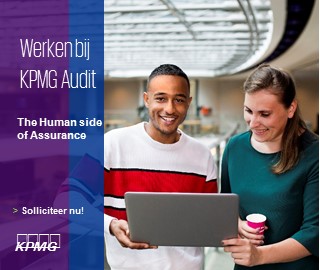 The succes story of Korea has also a dark side. Stijn van den Berg tells about the unpleasant working life characterized by intimidation.