Home » Independence is bad for the economy of the (new) country

Independence is bad for the economy of the (new) country

In campus life we pose four different students a topical, interesting and important question. We inquire whether independence is bad for the economy of the (new) country or if it is good for the country.

Independence is bad for the economy of the (new) country

Laia Jimenez Prat – 22 years old, student Management, Barcelona
As a citizen of Barcelona I am against the independence because in my opinion, not taking into account the emotional argument, if Catalonia would become independent our economic situation, as a new country, would worsen. Firstly, if Catalonia would become independent, it has to leave the EU. In that case EU treaties, commerce and political advantages will not be applicable anymore. Personally, I don’t want to lose these advantages and I don’t want to live in a country that reduces my mobility and my job possibilities. Second, some important banks and large corporations have already expressed that they will move their head offices to Madrid. Are these facts considered? In my opinion these arguments count and they are simply ignored.  In my point of view there are too many risks to be considered. Some of them can cause disastrous consequences.

Abigail Cullis – 22 years old, student Law, Edinburgh
As a Scot, I cannot relate to Westminster (the Scottish vote seldom affects the outcome of elections) and I don’t feel it is fair that we should be led by a government that has no concern for us. I chose to hope, instead of fearing the outcome: Why wouldn’t we get to re-join the EU? We’re already part of it, just in the form of the UK. Why can’t we keep the pound? Scotland can really do whatever it wants, and Darling said himself it would be ‘logical’ for us too as we contribute to paying off UK debt. Regardless of who said what, the truth was – nobody knew for sure what would happen. However, voting NO meant NO change and I, for one, was not ready to settle for that.

Ross Cruickshanks – 21 years old, student Law, Edinburgh
Being a Scot and a Brit, I am pleased with the outcome of the referendum. Economically there was much to lose- the currency Scotland is sharing with the UK, the disintegration of the world’s sixth biggest economy and many other things that the constituent countries of the UK have worked hard to achieve. Scotland is the third wealthiest region of the UK, and the largest producer of petroleum in the EU- we could have survived, even prospered, but despite this fact there were too many uncertainties over currency issues and Scotland’s ability to attract inward investment on the scale the UK does. I don’t regret my decision- in such a globalised world unity is key, a union in which Scotland is benefitting enormously.

Carla Noguera – 21 years old, student International Business, Barcelona
I cannot agree with this statement. It’s not a matter of opinion; it’s a matter of facts. Catalonia is one of the richest regions of Spain and it has a very high GDP. This money is transferred to Madrid and they redistribute it. The difference between what Catalonia generates and receives is about €16 billion per year. There are many studies that show that if Catalonia would be independent it will be on the sixth place of the GDP per capita ranking, while Spain would be 12th. Regarding the currency, Catalonia’s purpose is to belong in the European Union or in the Eurozone. It should not be a problem, as Catalonia would meet all the requirements. Therefore, Catalonia, from my point of view regarding its economic structure, would be ready to face without problems its own path independently from Spain within the EU framework. 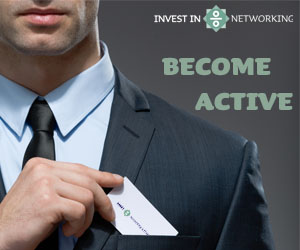 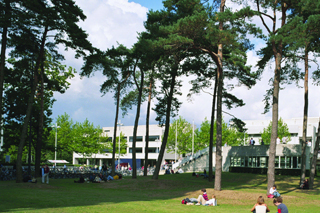