In a world where countries and corporations are becoming increasingly interlinked, Ron Dohmen enlightens us about the international role of the FIOD in monitoring, investigating and prosecuting individuals as well as organizations who undertake fraudulent activities. He talks us through the skills and classification differences to normal accountancy practices and provides an insight into big cases he has worked on.

Could you tell us something about yourself, your study and your career?
After my time at the HEAO, I worked in the administration of a bank. In 1995 I switched to the Ministry of Social Affairs and worked in labor inspection.Since early 2000 I have been employed by the FIOD and commenced my study for RA in 2001. I can honestly say that working at the FIOD is a great pleasure.I started there as a detective and worked on a project with the conduct of disciplinary proceedings against an accountant on behalf of the Public Prosecution Service. I enjoyed it so much that for three years.  Now, I have been supporting the prosecutors ‘almost fulltime. I am also a mentor , I train new colleagues to become detectives, and I work at Nyenrode.

What exactly is the difference between a forensic accountant and a normal accountant?
Forensic literally means judicial, or for judicial inquiry. Forensic accountants are also trained to a higher standard for fraud-related inquiries. Regular auditing is more system oriented. If you want to prove something in a crime, system checks are not adequate; you need to have much more detailed background in the matter.

Could you briefly describe the tasks of the FIOD?
The FIOD is an investigation authority of the tax authorities. We detect criminal offenses and frauds.In addition, the FIOD is hired by other ministries or supervisors that do not have their own investigative authorities. We are only hired if there is suspicion of fraud, we do not have to search for it. When a certain signal is given, then, if we have the capacity and priority, we will investigate what is going on.

What is your position within the FIOD, when are your skills required?
I coordinate disciplinary matters and am part of the special cases team that focuses on very large and complex cases that are sensitive to both politics and the general public. I am also deployed in investigations involving suspects with a high status or when they expect questioning to be very difficult. Last year for example, a colleague and I interrogated the office manager of an accounting firm which lasted for six or seven days.

How many employees work on a case simultaneously and how long does an inquiry last?
Generally we work on several cases simultaneously with at least two people a case, however this can significantly expand. A big case requires around four to six people. The largest case we have ever had was the ‘’Klimop’’ case where the Philips pension fund was ripped off by their own directors. Over time we developed into a team of 150 full time employees working on the case. Furthermore, the time we spend on research differs. Small cases are completed within a few weeks whereas large cases can last half or even a full year.The ”Klimop” case even has persisted for three and a half years..

What do you classify as ‘fraud’ within your profession?
Fraud is a generic term. There are three elements that recur.  Firstly, it must be carried out with a specific intention and purpose; secondly it has to be illegally obtained for the parties own advantage and finally it is a form of deception. When these elements are present then we find different forms of fraud; embezzlement, bribery etc.

You have collaborated with many parties like the AFM, the Nederlandsche Bank, several ministries and foreign investigation services. How does this work?
The FIOD collaborates with other services, mainly due to the sharing and diffusion of knowledge and expertise. The FIOD cooperates with the AFM, DNB, Tax Authority, OM, the police and the FIU. Together they form the FEC (Financial Expertise Centre). Fraud involves multiple domains. Furthermore it does not stop at the domestic border. We travel all over the world to perform research since foreign countries are frequently involved in our large domestic cases. As detection officers, we have similar authorities to police officers’ and are also authorized to arrest people. Once we cross domestic boarders we no longer hold authority, so if we want to conduct an inquiry internationally, we need to ask an investigation service in that specific country to conduct the inquiry for us. Because it often requires specific knowledge to understand a case, we frequently travel abroad to help with the inquiry.  For example, the ‘Klimop’ case involved working together with the FBI in Chicago.

The past couple of years a lot has changed due to digitalization, in what way do you notice this at FIOD?
I think nowadays it is impossible to investigate a somewhat large fraud case without the help of digital technology. In the past, a case for a company involved sorting through many files, now everything is kept in the cloud. Earlier we accomplished a lot through phone tapping. Nowadays, a lot of conversations are carried out through Skype, so we are now also tapping into the behavior of people on the internet, through e-mails and through faxes they send. Additionally, more is expected from us, we are required to do more simple things ourselves. For example, I will soon take a course covering the extraction of information from a smartphone. When we raid an individual or company, we always seize their data or simply take their whole laptop, copying even the deleted files from their network.

Which fraud case has made the greatest impression on you?
That would be the ‘Klimop’ case. We started the case with only eight colleagues from Eindhoven, but this has expanded rapidly, peaking at around 600 people researching on more than 50 places simultaneously in several different countries. We have tapped over 50.000 telephone conversations. We have also worked very innovatively; for example, we placed cameras and listening devices all over a hotel room of which we knew somebody had a meeting. This allowed us to follow the content and material covered in the meeting.

It is also one of the first fraud cases where almost all suspects were sentenced. It amazes me when I see the ease at which this fraud was performed; in one case it was even incorporated in the cost/revenues analysis beforehand.

How do you see the future of FIOD?
The FIOD is a government controlled organization so what we do and what we focus on is largely appointed by political bodies. The last few cabinets have been reasonably focused on fraud-mitigation and therefore, we managed to evade the budgetary cuts. The FIOD will definitely continue to on exist. I sense that nobody is happy when the FIOD enters; however, everybody understands the necessity of our presence.

What is your opinion about the recently published report ‘In the public Interest’?
In my opinion it is a good thing that it gets the attention it deserves. However, I feel as though the report should have also included smaller offices in its research since, if I look at the FIOD cases, accountants from these smaller offices are more often involved in fraud than accountants from the big four.

Furthermore, I had hoped that this report would bring back the clause that made it possible for an accountant to abandon the pledge of secrecy in a case where it is in the public’s interest. Now when an accountant comes across something that seems not quite right – and the situation is not covered by the obligation of the accountant to report laundering – he can at most withdraw from the audit engagement. The client can then simply continue its wrong doings.  This gives a wrong signal of the accounting profession to the society. I think it is good that something is going to happen, at least on paper. Improving the current conditions may require large offices, amongst others, to forego part of their income so we’ll just have to see whether this becomes reality.

Do you have any wise lessons for the students of Tilburg University?
I think it is important to enjoy what you do, enjoy your studies and work, that is a condition in order to survive in the long run. I have now worked here for fifteen years and have never come to work with reluctance. 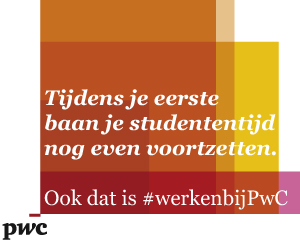