In this article, Chief Economist Han de Jong of ABN AMRO discusses the current state of inflation Europe is faced with. His relative optimism is based amongst other things on the distinction between good and bad deflation.

When the financial crisis broke in 2008, policymakers responded aggressively. Fiscal and monetary policies were eased at record speed. At the time, many economists warned that galloping inflation would be the inevitable result. That did not happen. More recently, inflation has fallen into negative territory in the eurozone, and doomsters are now saying that a period of painful deflation lies ahead. At the same time, the US economy has been on a recovery path for several years. US unemployment has fallen to 5.5%, making official interest rates of almost 0% look odd. Many argue that the Fed should start to raise interest rates soon in order to avoid a significant rise of inflation. One has to say that economists’ views on inflation are ‘all over the place’. What is going on?

Why inflation remained levelled despite massive stimulation after 2009
When central banks cut interest rates aggressively in 2008, and some central banks started quantitative easing that year, many economists assumed that these actions would boost the money supply. That was a mistake. The credit channel was damaged in the process and money growth remained weak.

An economic recovery started in the course of 2009 in response to these highly stimulative policies. Unfortunately, the eurozone fell into another recession in 2011 when the Euro crisis started. The recession lasted more than two years. Such a long period of negative and below-trend growth created a large amount of slack in the eurozone economy, leading to strong disinflationary forces. As a result, inflation fell below the ECB’s target early 2013 and the drop in oil prices in the second half of 2014 even pushed headline inflation into the negative territory. Should we be afraid?

What is deflation?
It is important to distinguish between good and bad deflation. Good deflation is a drop of the general price level that is not accompanied by falling incomes. In our sort of economy, this can happen when import prices fall – for example, when energy prices decline. Such a drop in the general price level increases the real spending power of consumers. That is what makes this drop such a benefit.It is like a general tax cut, paid for by oil exporting countries.

Bad deflation is a drop in the general price level, accompanied by falling incomes in the domestic economy. This typically occurs in a very weak economy when a lack of total demand forces companies to lower their prices in an effort to sell more. If they also cut wages in order to maintain profit margins, total demand in the economy falls further. This can lead to a negative spiral of falling prices and declining wages. The burden of outstanding debt becomes increasingly heavy.

Europe is not Japan
Many commentators argue that Europe is following Japan’s example of sinking into bad deflation. I think such comments are wide off the mark. Japan fell victim to sustained bad deflation in the mid-1990s as a result of extraordinary deflationary forces, most of which are not (yet?) prevalent in Europe. Japan’s unfavourable demographic profile is perhaps the only deflationary force that is currently matched by Europe. On the other hand, the yen had trebled in value between 1985 and 1995. The Nikkei fell from almost 39,000 points in 1989 to below 15,000 and has still only recouped a fraction of these losses. House and land prices fell persistently for 20 years starting in 1992. The enormous wealth losses from a falling equity market and real estate market do not bear any comparison to the situation in Europe. Last, but not least, unemployment rose persistently from 1992 on, more or less for 10 years.

I think the latter point in particularly is key, since bad deflation does not happen in economies when the labour market improves. And that is exactly what is currently happening in Europe. The cyclical tailwinds are lifting the growth rate of the eurozone economy, pushing unemployment down. I am not saying that the labour market is strong. What matters is change, not so much the absolute level. And unemployment is falling.

What about the US, is inflation coming or are our inflation models outdated?
The US economy is at the other end of the spectrum. It did not fall into a second recession in 2011 and has, thus, been on a growth path for over five years. Unemployment has almost halved since late 2009. Will a further tightening of the labour market push up inflation soon? This will be an important test. So far, the decline in unemployment has had little impact on the pace of wage increase. Is that going to change?

The inflation models economists use are based on their experience since the 1970s. Perhaps it could be argued that the world has changed. Before the crisis economists noticed that the relationship between the domestic economy and inflation had weakened. It seemed that the international economic situation had become a more important determinant for inflation. This was explained by globalisation, the internet etc. Such theories disappeared during and after the crisis as all economies were faced with significant slack exerting disinflationary forces everywhere. This is about to change as the US labour market approaches full employment. We will see if US inflation responds to the tight domestic labour market or if international slack keeps US inflation levelled. My guess is that US inflation could easily surprise on the downside, despite an apparent lack of slack. What that means for the correct trajectory of monetary policy is a different matter.

Will the ECB be effective in preventing deflation? I think so, largely because I believe that sustained painful deflation is not really a huge threat in the first place. On balance, however, I think the ECB’s QE programme will further limit the risks as it supports economic growth and boosts inflation expectations. How it works exactlyis actually not entirely clear and it is remarkable that the ECB does not provide a detailed explanation as to how it believes QE will work. What it seems to do in any event is create and sustain an excess of liquidity in the system which translates into negative bond yields in many countries along a relatively large part of the yield curve.

Where do we stand?
I think we should be relatively happy. A depression has been prevented in recent years. And although economists seem to have lost the plot as far as inflation is concerned, we have not been hit by high inflation, or by painful deflation. I do, however, have a nagging feeling. We have had unconventional monetary policy for some six years or so. This is the biggest experiment in monetary policy the world has ever seen. And to be honest, we have no idea if there is a price to be paid, nor what that price might be, who will have to pay it or when. Let’s hope for the best. 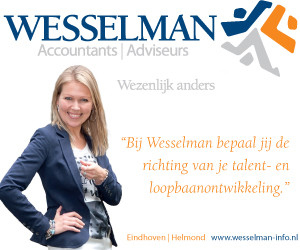