The emergence and necessity of anti-money laundering departments in banks

For any business, one of the biggest challenges is acquiring customers. Most companies focus only on the fact whether customers chose their products or services. From the perspective of banks, this process is completely different. Banks have to screen customers before they are allowed to become customers at all. Once they are customers, they are constantly monitored after that. In this article you can read more about how this process functions in reality.

Dutch banks spend about 1 billion a year to combat money laundering, as RTL news reported in 2021. In total, at least 10,000 employees are busy hunting down their customers’ criminal activities, according to Jelle Dijkstra, a spokesman for The Dutch Banking Association. The number of bank employees in the Netherlands is around 65,000, which means that more than 15 percent of the employees are focused on fraud [1].

Banks must screen their customers and check for unusual transactions. At a small suspicion of a misstep, banks must already report it. If they do not, they have big problems. In recent years, many cases came to light in which banks did not have their affairs in order. ING and ABN AMRO, among others, had to pay the price. ING, for example, had to pay 775 million euros because it had fallen seriously short of detecting fraud, and another dutch bank ABN AMRO more than 480 million euros. Out of this 480 million euros, an amount of 180 million euros is made up for repossession. This portion of the fine was imposed on the ABN AMRO because the Public Prosecutor’s Office decided that too many staff were cut in the anti-money laundering department [2]. The CEO of ABN Amro, Robert Swaak, acknowledged the allegation of the Public Prosecutor’s Office and stated that it was unacceptable that the ABN AMRO had failed in this regard. “As a Bank we have not only a legal, but also a moral duty to do our best to protect the financial system from abuse by criminals,” said Swaak [3].

In order to combat money laundering and the financing of terrorism, the Money Laundering and Terrorist Financing (Prevention) Act (WWFT) was introduced on 1 August 2008. Before a potential customer can actually call himself a customer, the background of a customer must first be investigated and the industry in which the customer operates in. If there is even a slight suspicion, a more thorough investigation must follow. Then there is already much deeper digging for information and the behavior, internal organization, customers of the customer and origin and destination of the money investigated. If everything is approved, a customer may actually call himself a customer. However, banks must then monitor the customer’s transactions. Cash transactions of over 10.000 euros deserve extra attention and money transfers of over 20.000 euros via Western Union, for example, are also screened. RTL Z reports that more than 68.000 unusual transactions were reported in 2018 [4]. In 2019, government legislation has even been strengthened. For example, financial institutions are allowed to share information with each other if there is suspicion of money laundering, and cash payments (professional or business traders excluded) above 3.000 euros are prohibited [4].

Despite the law, banks are still struggling with strict compliance. Rabobank received a proposed designation from the Dutch Central Bank in October 2021 regarding shortcomings in compliance with the Wwft. This mainly concerned the implementation, recording and outsourcing of client research, transaction monitoring and reporting of unusual transactions. [5]

All these transactions, of course, need to be assessed and resulted in the creation of the Customer Due Diligence (CDD) analyst job. This job was a reaction on the increasing attention to illegal money flows from criminals, tax fraudsters and terrorists. A CDD analyst is concerned with investigating new and existing customers. Given the fines mentioned earlier in the article, the CDD analyst is very important in discovering risk factors at the organization. If a suspicious transaction occurs, the CDD analyst takes an investigative approach to unravel ownership structures at home and abroad and looks at the activities and decision makers of these entities. The CDD analyst gathers a lot of information and compiles it into documents that can prove that the bank has fulfilled its legal obligations for identifying and accepting new customers.

” Despite the fact that the Dutch banks need more staff to combat money laundering, proportionally more jobs are disappearing at the banks every year”.

ABN AMRO has increased its number of employees in the field of transaction monitoring. Despite the fact that the Dutch banks need more staff to combat money laundering, proportionally more jobs are disappearing at the banks every year. Rabobank is cutting 5,000 jobs over the next five years. Dutch banks are also closing more of their branches. This is mainly due to the technical development whereby customers are banking more and more online [6]. The corona crisis has also contributed to this. Banks are confronted with a raise in non-repayable outstanding loans, and are forced to save money by cutting buildings and associated staff. Rotterdam economist and professor Casper de Vries indicated that detecting financial crime also requires a different type of employee than the staff now losing their jobs. “Retraining is possible, but the two jobs are so far apart that it will not be easy” [7].

Not only banks went wrong

Finally, it is not only banks that have made mistakes in monitoring money laundering. On March 31, 2022, The Netherlands Authority for the Financial Markets (AFM) imposed an administrative fine of EUR 2 million on investment institution Robeco Institutional Asset Management BV [8]. The AFM indicated that Robeco’s controls were inadequate. Transactions and customer data were insufficiently analyzed and checked. For example, a customer who was later convicted of money laundering and participating in a criminal organization had EUR 100.000 in his private account and after a number of years this amount, including interest, was transferred to a newly opened private account of a third party, where Robeco took no further action [9]. This will certainly not be the last fine issued by the AFM, but it does stand that the fines have significantly increased the attention of banks and financial institutions to complying with the Wwft. 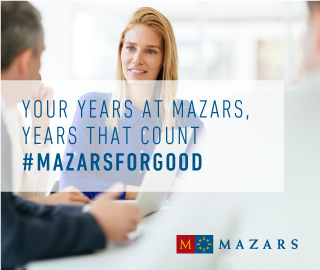 After more than 20 years, Huub Vermeulen stepped down as CEO of bol.com last November. Curious about his experiences, career and transfer? Read it here!

Peter van Erp has been active at Jumbo since 1998. Today, he is executive director of finance. Read more about Peter and Jumbo in this interview!

What opportunities are there as a starter in the labor market?

Are you wondering about the start-up opportunities in the labor market after your graduation? Read more about it in this article!