In this article Marco Rensma, director of MEYS Emerging Markets Research, enlightens us about emerging West Africa. According to Mr. Rensma the countries in West Africa are in a good position to continue their strong economic growth path.

Introduction
With approximately 80 percent of world merchandise trade carried by ships, maritime transport remains by far the most common mode of international freight transport. It is the backbone to facilitating international trade, offering the most economical and reliable way to move goods over long distances. Ships can carry large volumes of merchandise and use free highways in the seas, which only require infrastructure investments at the seaports. For all countries, how ports perform is an essential element of overall trade costs. This is especially the case for Africa, as fifteen of its countries are landlocked and face severe infrastructural and trade facilitation problems. For the landlocked nations, ports — together with the inland waterway and land infrastructures (railroads and highways) — constitute a crucial link to the outside world and to the global marketplace. Consequently, high transport-related costs represent a fundamental constraint to these emerging markets global competitiveness and their sustained economic growth (African Development Report 2010, African Development Bank).

Faced with sustained growth in volumes of cargo in recent years, African governments and international donors have invested strongly in expanding and modernizing ports, improving the regulatory framework and privatised port services making African ports more efficient. At the same time, transport links between ports and the hinterland are still relatively weak in many African countries. Intra-regional trade is therefore almost non-existent. Over the period from 2007 to 2011, the average share of intra-African exports in total merchandise exports in Africa was 11 per cent compared with 50 per cent in developing Asia, 21 per cent in Latin America and the Caribbean and 70 per cent in Europe. This relatively low share of Africa’s intra-regional trade is causing GDP growth to be lower compared to countries trading within common economic blocks like for example the European Union.

Emerging West Africa
With a total population of more than 330 million people, of which Nigeria has approximately 170 million people, and a combined GDP of 400 billion US dollars (20 per cent of total Africa), the West African countries form a strong economic powerhouse on the African continent. During the past decade the annual average economic growth rate for West Africa was six per cent, making it one of the fastest growing regions in the world. The strong economic growth rates with rising incomes in West Africa lead to a fivefold increase in total foreign trade over the past ten years to 250 billion US dollars in 2013.

Although these economic figures are spectacular, not everything has changed favourably for these countries. Life expectancy in many West African countries is still on average below 60 years, poverty is widespread – especially in rural areas – youth employment is mounting, corruption and fraud is deep rooted in many societies, and the majority of local enterprises are operating in the informal sector with almost no legal protection for company owners and employees. In addition, governments are often weak, a  judicial system which in majority is non-transparent thereby creating a very challenging investment climate for foreign companies to operate in.

Rising Foreign Direct Investments
Although there are many obstacles, total Foreign Direct Investments (FDI) in West Africa have increased from 38 billion US dollars in 2002 to 145 billion US dollars in 2013. A threefold increase in just ten years. A remarkable achievement at first sight, but the majority of these investments went to the oil exporting countries in the region of which Nigeria was the main beneficiary (57 per cent) followed by Ghana (13 per cent). Also cash crop exporting country Cote d’Ivoire received a relatively large part (6 per cent) of FDI pouring into West Africa during the past decade.

Ports crucial to economic growth
For the countries in West Africa sea trade is of upmost importance to the development of their economies. No less than 95 per cent of total foreign trade is done by maritime transport, thus making an efficient functioning of ports crucial to the economic survival of the region. Measured by cargo port throughput Nigerian ports are by far the largest ports in West Africa followed by Cote d’Ivoire. This strong position of Nigeria is caused by the fact that the national economy depends heavily on the imports of construction materials, consumer goods and processed foods and drinks. Also the large oil and gas industry must import most of the necessary materials and equipment. The second position of Cote d’Ivoire is the result of large volumes in export of cacao. Cote d’Ivoire is the largest producer of cacao in the world which is exported through the local port of San Pedro.

Although container throughput in West African ports increased eightfold during the past five years, volumes are still relatively low compared to the ports in South Africa and North Africa. But times are changing rapidly. Supported by large privatisation programs, national and foreign terminal operators active in West African ports are investing millions of US dollars in expanding terminal capacity to meet the growing volumes in foreign trade. Companies like Danish APM-Maersk and French Bolloré are very active in this part of the African continent.

As the West African countries are depending heavily on their ports for international trade, the quality of the ports varies strongly. The assessment of a port’s performance from the point of view of the exporter/importer focuses primarily on the dwell time of cargo in port, measured in terms of the number of days that a tonne of cargo remains on port. A high dwell time is generally an indication that all is not well with the port (African Development Report 2010, African Development Bank). In West Africa dwell time in ports can run up to several weeks whereas in Europe it is only a few days. These high dwell times lead to high transport costs for shipping owners, terminal operators and traders, decreasing the global competitiveness of West African ports and hurting the economy.

Investments in Port infrastructure
To improve the competitiveness of West African ports by – among others – decreasing dwell times, national governments, private operators and international donors have invested billions of dollars in modernizing regional ports and expanding port capacities. Between 2012 and 2020 alone more than 10 billion US dollars is invested in improving the port infrastructure in West Africa. A large part of these investments are done by Chinese companies which are – as part of the 100 billion US dollar investment plan ‘Maritime Silk Road’ – financially supported by the Chinese government. Also other Asian countries like Japan and South-Korea are investing millions of dollars in West African ports and connecting infrastructure. European and American companies are more active in the offshore industry, port engineering, port dredging and port services. Especially the dredging of ports is a major activity for the national port authorities. The continuous silting makes it necessary for port authorities to keep the right depth to their ports, otherwise larger oceangoing vessels wouldn’t be able to call on the West African ports. Of the worldwide annual dredging turnover of 11,7 billion US dollars in 2013, Africa had a share of seven per cent or 820 million US dollars. In 2007 this figure for Africa was 530 million US dollar.

Promising future
Due to its rich endowments of natural resources, the countries in West Africa are in a good position to continue their strong economic growth path. World demand for important West African export products like oil, gas, diamonds, gold, and cacao will stay high due to increasing household incomes in especially Asia and faster economic growth rates in Europe and US. Furthermore, growing per capita income at home will support local industries and providing much needed new jobs. Improvements in governance and rule of law in countries like Senegal, Ghana and Cameroon are enhancing the attractiveness to foreign investors. But at the same time, corruption is endemic, agricultural productivity lacks behind population growth, youth employment is at unsustainable high levels, and poor infrastructure are underpinning the global competitiveness of West Africa.  Fortunately, most of the foreign private and public investments pouring into West Africa are aiming at diminishing these constraints. The example of the increasing volumes of investments in port infrastructure are signs of changing times. Albeit this process of change seems slow at first hand, comparing the situation of West Africa with ten years ago the future for this region looks promising. 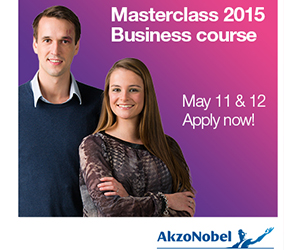