Home » IT a threat to the accountancy sector? No way!

IT a threat to the accountancy sector? No way!

The future for the accountancy sector seems very bright, although the World Economic Forum predicts that the profession comes to an end in 2020. The current rapid developments in society, and in particular those of IT, would be to blame. In other words, the accountancy sector must actively respond to the social developments identified by the World Economic Forum, otherwise, the World Economic Forum will indeed be right. Developments in IT are extremely rapid. I refer to the development in robotics, for example Sophia, a robot who recently received civil rights in Saudi Arabia [1]. Sophia is a robot built entirely from the artificial intelligence perspective and can answer all kinds of questions that are not programmed in advance. Or to Molly, a robot that is built by the Maastricht UMC+ and that can independently diagnose and prescribe medications to cardiac patients. And what to think of a supermarket without cash desks and surveillance. So self-learning and independently operating robots it is.

Can we use these kinds of robots in the future for the work of an accountant? When I asked an exam candidate what question she would ask if she was confronted with a ‘Sophia’ who had full access to the organization’s automated information system during an audit meeting with an organization’s CFO, she asked another question. ‘Mr. Verkruijsse, you don’t think that I am going to the conversation alone, do you? Of course, I’m bringing my own Sophia with me, who’s name is Patrick by the way and he can chat with Sophia’. This candidate, who graduated without any doubt, left me as examiner speechless for a little while.

Singularity is a concept that is often used in connection with rapid developments. Singularity is derived from the Latin word singulus, which means extraordinary or one of a kind. Singularity is used in several branches of science when the ordinary rules are not applicable. Ray Kurzweil, one of the directors of Google, leading futurologist with a track record of many accurate predictions and co-founder of the Singularity University defines singularity in his bestseller ‘’The singularity is near’’[2] as: A future period during which the pace of technological change will be so rapid, its impact so deep, that human life will be irreversibly transformed.

The start of the transformation is according to Kurzweil from the moment that computers become smarter than human beings, which he predicts to be in 2029. From that moment on all technological advancement and in particular artificial intelligence will lead to machines that are smarter than human beings. That such developments are currently strongly a topic of interests is evident from recent publications in het Financiële dagblad, ‘De financiële robot komt er, ooit[3], ‘Retailinspiratie Robotisering [4]’, ‘Op blockchainsafari in China[5]’ and ‘Na Jaren is hij er echt; de digitale accountant[6]’.

“Accountants are better than anyone in giving the requested certainty. At first it was only providing certainty regarding financial data, nowadays certainty is given for many more things, including automated systems.”

Based on the above I state the following description of the concept singularity: Singularity is the future period in which the current laws and regulations are insufficient both     in terms of objectives and applicability because of social and technological developments.

The demand for reliability of information and data is increasing. The question is if it is realistic to use the information and data retrieved from automatization in decision-making processes without further research. Accountants are better than anyone in giving the requested certainty. At first it was only providing certainty regarding financial data, nowadays certainty is given for many more things including automated systems by the issue of the IFAC Standard 3402 statements and their involvement in issuing certification marks form the ‘Stichting Zeker Online’[7]. These certificates have a bigger future-oriented certainty than the Standard 3402 statements that only look at the past periods.

Due to the rapid IT developments, it becomes easier to exchange data between systems. This clears the way for a paradigm shift, namely from document exchange to data exchange. If all data is easily exchanged between systems then there can be built from that data to the required information for example in decision making. But then, the data must have an equal level of certainty. This implies that there will be a shift from the statements of accountants from the so-called image statement to a data-level assurance statement. The statements that the auditor will issue are only on the individual data and can, therefore, cover the correctness aspect of reliability. Because of the rapid development in technology and the expectations that this speed of development will only accelerate further, it is possible to realize a ‘Framework of Continuous Control’[8]. The work of the internal audit function will be substantially expanded at the expense of that of the external audit function. This means that there is a revolutionary turn in the thinking of managers, stakeholders, regulators and auditors. With this, the singularity point is bypassed, but at every singularity point there is a revolutionary turn. After all, in the period that follows the singularity point, the laws and regulations are absolutely not the same as the laws and regulations that applied in the period before the singularity point.

This rapid development is recognized by the government, as evidenced by the recently presented Digitization Strategy[9], with which the government responds to the speed of digitization and its impact on society. Altogether, I conclude that the future of the accountancy sector is bright, at least if that sector goes along with the rapid developments in IT. The accountancy sector is reminiscent of the deity Janus, the Roman God of the beginning and end depicted with two faces each looking the other way. If the accountancy sector only continues to look at the period behind us, The World Economic Forum will be right. If she looks ahead and seizes IT developments to also go in the direction of data level assurance, then a bright future lies ahead.

[1] https://youtu.be/Io6xuGmS5pM
[2] Kurzweil, R. (2006), The singularity is near, Penquin Books, New York, 2006.
[3] By André de Vos: The financial service has been automated rapidly. However, we will have to wait for a while on the financial robot that takes care of your money. Financiële Dagblad 25 August 2018
[4] By René Repko: A report about robotrestaurants, unattended bookstores and supermarkets where the shop is a distribution centre as well. Financiële Dagblad 25 August 2018
[5] By Carl Rhode: All types of agreements and transactions are drastically clarity and transparency there.  Financiële dagblad 25 August 2018
[6] By Jeroen Piersma: What once was a time-consuming task now is a matter of pressing a button. Financiële Dagblad 1 September 2018
[7] https://www.zeker-online.nl/
[8] Verkruijsse, J.P.J. (2015), Met continuous monitoring naar continuous data level assurance; de volgende stap in interne beheersing, MAB October 2015
[9] Ministry of Economic Affairs and Climate Policy (2018), Nederlandse Digitaliseringsstrategie, Den Haag, 16 June 2018. 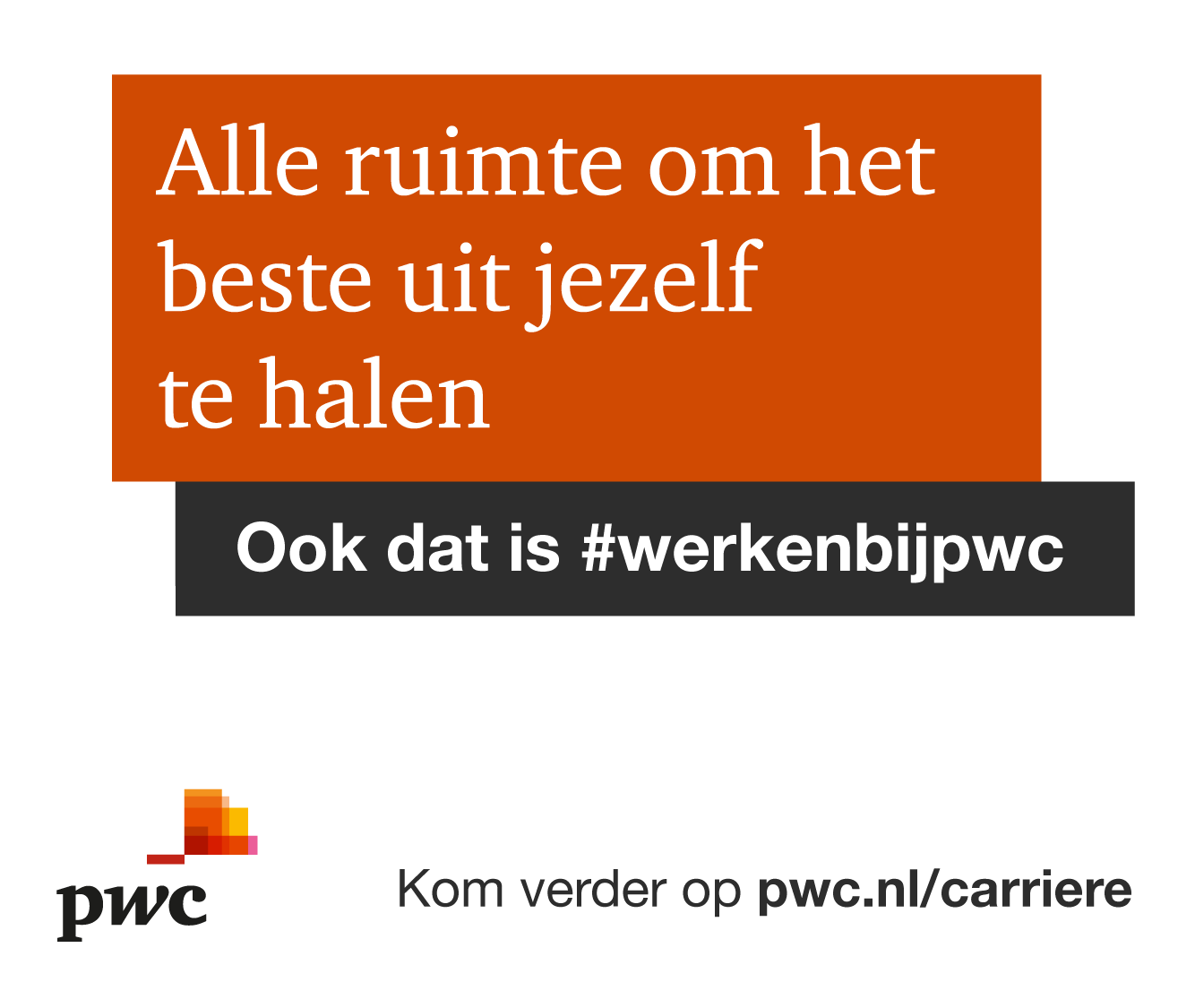 In this edition of “Working At..” Paul de Kort tells all about his experiences as Assurance Associate at PwC!

What does a boar year at Asset | Accounting & Finance look like? In this article Stijn van de Laar tells about his role as Chairman!

What does a board year at Asset | Accounting & Finance look like? In this article Luc van den Hurk tells about his role as External Affairs!