Constant messages from your boss after clocking out for the day. Being forced to drink copious amounts of alcohol because you were late to a company dinner. Being told to make coffee for everyone because you’re a female worker. Being forced to kneel and get assaulted because you forgot to buy ginger. Kicked and spat on for being late. Getting drenched with water for driving too slowly. Being struck on the forehead with a mop handle for the fun of the management. These are just a few examples, which Korean employees have to deal with every day and, no, this is not only about the North.

”Nowadays, many young South Koreans call their country “hell”, pointing to the culture of intense competition for decent jobs.”

South Korea is one of the world’s greatest success stories. 66 years ago, just after the Korean war, South Korea was an economic wasteland. Today, it is not only the world’s 11th largest economy, with major companies like Samsung, KIA, and Hyundai, but it is also a vibrant democracy and an emerging cultural force. However, these great success stories also have a dark side. Nowadays, many young South Koreans call their country “hell”, pointing to the culture of intense competition for decent jobs. Subsequently, when they got a job, their situation does not necessarily improve. The Korean worklife is known for its many hours, strict hierarchy and toxic work culture. The result: harassment on the workfloor. Employees will not stand up for themselves, because they are afraid to lose their job, for which they have worked so hard, and they do not want to make it worse. A former Korean Air employee described his experiences at this large company as follows: “The mood in this company was that no matter how much they violated the ethics we must serve them as masters. In the company, we had all become voluntary slaves.”

Since last July, a new anti-bullying law has come into force that must put an end to this “voluntary slavery” at the workplace. The result is that all forms of harassment that were once overlooked, even condoned in South Korea, are now punishable. While physical and sexual assault within the workplace are already handled in the legal domain in South Korea, harassment has mostly been overlooked until now. According to CNN, the new law stipulates that workplace bullying is defined as “incurring physical or mental suffering or worsening the working environment when employers or workers use their status or power and act beyond the proper scope of work”. This law covers all workers. So even when an employee harasses another employee, the law protects the victim regardless. When workplace bullying is reported, employers are required to immediately investigate it and take proper actions to help the victim(s). If retaliatory measures are taken against the victims who reported the harassment, employers could face up to three years behind bars and a fine of up to 25.000 U.S. dollars.

It is a pity that the Korean government must threaten the current employers with a prison sentence to stop bullying on the workfloor, but at least the effect is already noticeable. This effect has been shown in three ways. First, a recent study shows that Koreans feel relatively safer to report harassment at work because of the new anti-bullying law. Secondly, the managers who are willing to pay a fine as long as they can do what they want, now indicated to think twice about their actions, because of the three-year prison sentence. Finally, because of the great attention that comes with this new law, companies are afraid of getting negative publicity. Therefore, conglomerates have offered education to their employees or revised their employment or discipline rules to support the implementation of the law.

”After all, bullying is caused by an imbalance of power and it is this imbalance that is the core of almost every natural relationship.”

Anti-bullying legislation certainly has its heart in the right place and it is good to see that the new law is already effective. But where does it stop? Should we too do an attempt to outlaw anxiety or meanness? It may be the case that some things are outside the jurisdiction and purview of the law. After all, bullying is caused by an imbalance of power and it is this imbalance that is the core of almost every natural relationship. Power difference fuels capitalism, life ambition, and survival itself. That’s not to say bullying should be tolerated. It shouldn’t. But putting people in jail for bullying is not the answer. 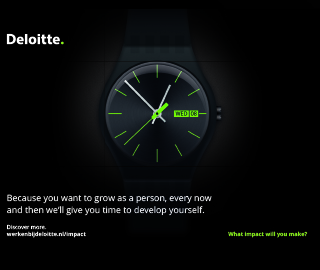 Brainport Eindhoven: important for our economy and welfare

The port of Rotterdam and Schiphol Airport have been important to the Dutch economy for years. In his column, Luc van den Tillaart talks about a new region that joins the group: Brainport Eindhoven.