The healthcare is one of the areas that have to deal with major changes. Rising costs and an aging population require policy solutions, such as competition between hospitals and changing the position of insurers.  The current healthcare system in the Netherlands is subject to considerable change, partly because of the explosive growth of healthcare costs. The healthcare is the biggest cost center of the Dutch government with almost 75 billion Euros, which is 30% of the government expenditures. On October 19 2012, the coalition of VVD and  PvdA came to an agreement. The coalition Rutte II budget cuts are 5 billion Euros on health care. Also in April 2013 a social agreement and a healthcare agreement have been concluded. As of January 2014 a couple of things have been changed in the healthcare system.  The compulsory own risk is 360 Euros, a wider compensation for psychological help. National income arrangements for financial compensation for the chronically ill and disabled will be made by the municipalities.

Advances in medical technology and more assertive citizens will result in making two basic choices. The first is the concern of healthcare-solidarity: the balance between uniform healthcare for everyone and more differentiated care with room for personal responsibility and self-control. The second concerns the risk-solidarity: the balance between ensuring all risks as much as possible and assuring the necessity of stopping the overuse of healthcare by personal payments. By combining the two considerations, four future options arise of the prevention healthcare, curative healthcare and the elderly healthcare. These worlds will differ in robustness: a rapid increase in expenditures from new medical technology is easier to cope with in a world where more responsibility lies with the consumer and to which the relevant care is equal to the individual preferences. A world with a strong collective interpretation of healthcare suffers from the increasing price of solidarity more than a world in which the healthcare connects with the individual preferences. Freedom of choice helps to achieve the latter but then there could be a strained relationship with a good functioning insurance market. Furnishing of the healthcare in the future requires therefore customization and depends on the economic conditions and social preferences.

The current Dutch pension system consists of three pillars. The AOW is the first pillar of the pension system. It is the basic income needed to make ends meet, everyone who lives and works in the Netherlands automatically saves for his or her pension. The second pillar is pension from the employer. About 90% of the employers have a supplementary pension. This results in receiving an additional payment on top of the state pension when you retire. Individual insurance constitutes the third pillar. Examples of this individual insurance are annuities and single premium life insurance. These savings for an additional pension are attractive for tax purposes. This method is beneficial because people can then retire earlier or have more money available when they retire.

The pension costs are rising because of the aging Dutch population. Furthermore, the current pension system is very sensitive to fluctuations in the financial markets. Therefore, the AOW-age is going up and the government is adjusting the rules for pension funds and pension entitlements. According to the plans of the present government, the AOW-age will be 66 years in 2018 and 67 years in 2021. This comes with a new regulation, called “the Witteveenkader’’, where the age for supplementary pensions under favorable tax conditions moves to the age of 67. Due to the economic crisis, investments declined in value and the coverage of many pension funds has decreased. The coverage should be 105%, but a lot of pension funds do not reach this level. The people thus get lower pensions than they expected and were promised.

The impact of these new pension contracts for the participants of the pension funds is difficult to assess at this time.  The pension agreements so far give a basic idea, butmany details have not been completed and will be determined by the social partners at local levels. A balanced distribution between the generations is possible when the design of the pension contracts contains sufficient interest for both the young and the elderly. Three factors can work to a disadvantage of young people: a too favorable valuation of the liabilities, the reduction of the buffer structure, and the incentive to take additional risks in order to reduce the value of the liabilities. This brings, more than in the old system, the risk that the bill will be pushed forward and that the young people of today will suffer the disadvantages.

Also, the labor market in the Netherlands is a major problem, which requires solutions. Currently, the percentage of unemployed people who are able to work is 8.5% while this was 5.4% just two years ago. This effect works two ways. On the one hand, the people who are unemployed are sitting at home and cannot help the Netherlands get rid of the crisis. On the other, those people have the unemployment law, create a lot of costs for society that originate when 8.5% of the labor market is unemployed. Another problem in the current labor market is that there are jobs available, but the right people for those jobs are not. There is a matching problem in the labor market because a lot of people do not have the education they need to get those available jobs. This matching problem is partly caused by the technological advances which cause the demand for middle-educated people to decrease. Besides that, the decrease is caused by the competition of low wage countries. Reformations are required to solve these problems, but again, the political battles are blocking this. The political parties cannot come to a consensus, which only encourages the crisis and strengthens the effects.

There has already been one reform in the labor market, the shortening of the unemployment law period to one and a half year. This helps cutting costs, but this is not the solution for the bigger problem.  Furthermore, the government is discussing the dismissal law, but again the people are waiting on an agreement. As stated above, schooling is of major importance for the labor market. Part of the solution could be to re-train employees to make them more capable for the jobs. Germany could be an example for reformations that give the desired result. In Germany, people were obliged to take a job, even when it was below their normal salary. Also, there was a lot of attention for the reintegration of people to the labor market. There was more attention for schooling and it was easier to change jobs. The German labor market now experiences a decrease in unemployment while the unemployment rate has increased over the past years.

If, for example, the unemployed here too would be obliged to take jobs that are available, the problem indicated above would have a lesser effect. When more people have a job, the costs for the government decrease and the budget deficit will be easier to get rid of. The growing economy of Germany should indicate that their model could be a good place to start for the Netherlands too.

The Dutch welfare state needs a big revisal since it is not possible to maintain it in its current form. The healthcare system needs more customization and has to be more flexible than it is now. However, it depends severely on the economic conditions and social preferences. For pensions, only a general idea has been developed but the important details still have to be defined. A good balance between the generations is needed since there is an imminent lack of balance in the coming years. The reforms in the labor market are the first step but more reforms are coming. Re-training employees will become more important and the need to help re-integrate people into the labor market.

The whole welfare state is becoming more flexible for the new era. But it has as consequence that former rights and obligations shift. Overall, responsibilities shift more to the people themselves, while the government retreats more and more from the lives of the civilians. Will the people understand the necessity and more important, are the people willing to accept this? The future will give us the answer, and hopefully, it is a positive one.

The economic crisis is slowly coming to an end and the governments of European countries are working hard to rebuild their economies. However, the Dutch welfare state poses a problem in the current economic status. Firstly, the healthcare system has been a topic of debate. Last year politics have reached agreements surrounding the Dutch healthcare system, but are these decisions and laws the right ones to improve our healthcare system? This is something that the future will tell us. Secondly, the Dutch pension system will not remain unaltered. Many plans have been made and rejected again and it seems that the Dutch politicians cannot come to a decision. Therefore there is still much uncertainty amongst the people and the faith in the government is decreasing. A third cornerstone of the Dutch welfare state is the labor market. The core of the current policy is to get people back to work. Despite newly introduced laws, the Dutch labor market is not functioning properly. The question that arises is how should the Dutch labor market be reformed? In this article we will elaborate on the Dutch pension system, the healthcare system and the labor market and their influences on the future of our welfare state. 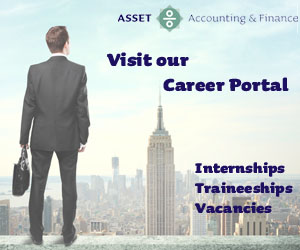