Share repurchases were on the back burner at the beginning of the Corona crisis, but now that the economy is picking up and time is moving forward, it seems that the big boys are picking up where they left off: buying back their own shares in large numbers.

For example, data from the S&P500 index shows that in the second quarter of 2021, 200 Billion USD worth of shares were repurchased. According to the latest figures, we are heading for a record level of buybacks at the end of 2021. [1]

Why do companies buy back shares?

A publicly traded company buying back its own shares is one of the ways it can share profits with its shareholders. Normally, this is done through dividends, but these days a different route is often chosen.

First, of course, a company will use the profits it makes to invest so that even higher profits can be made in the future. It can also choose to strengthen its own balance sheet. In some cases, however, profits are made so high that there are no other justifiable investment opportunities, so the balance would end up in the bank. With today’s interest rates, this of course only entails costs. In these cases the choice is made to share the profits with the shareholders. This can be done by paying dividends, or by buying back shares.

From the shareholders’ perspective, there are two main reasons for preferring repurchase over dividend. One of these reasons is the fact that shareholders value a stable dividend in the future. They prefer a predictable stream of dividends to a one-time increase followed by a lower dividend a year later. The second reason concerns taxes: dividends are subject to tax in the Netherlands, but gains from share repurchases are not.

“It may be clear that companies both in the Netherlands and abroad are actively engaged in distributing their profits to shareholders.”

On December 2, 2021, Shell started to buy back shares worth 1.33 billion Euros. This is the first part of the profits that Shell wants to share with its shareholders after the sale of one of its business units in the United States. In total, more than 6 billion euros worth of shares will be repurchased. The remaining plans will be announced during 2022. [2]

It is no secret that the chip giant from Veldhoven has been doing well for several years. As such, they started programs to buy back their own shares back in 2006. One of the most recent buyback programs consists of a plan to buy back 9 Billion Euros of shares between 2021 and 2023. So far, over 4 Billion Euros have been “returned” to ASML’s shareholders.

One of the reasons why ASML is buying back shares is because it wants to use them for the compensation plans for its employees. For example, ASML states that 450,000 shares will be used in employee share packages. According to the current price, this amounts to almost 300 Million Euro. [3]

The US Tech giant has been buying back its own shares for quite some time. For example, the number of shares in circulation has already dropped by 33% since the dotcom bubble two decades ago. Since the appointment of Microsoft’s new CEO in 2014, the amount of money involved in buying back shares each year has quadrupled. [4]

Our own ING has also begun actively buying back its own shares. For example, in October 2021 ING started a buy-back program, in which the intention is to buy back a total of 1.7 Billion Euros in shares. In the week of December 13 to 17, for example, more than 210 Million Euro worth of shares were bought back. [5]

It may be clear that companies both in the Netherlands and abroad are actively engaged in distributing their profits to shareholders. Buying back shares seems an ideal way to reward the shareholders for their loyalty, and to give the company’s performance indicators a little boost. In particular, earnings per share are positively affected by these buyback programs. Another side effect is that buying back shares sends an important signal to the outside world that the company in question has a positive view of the market, and clearly shows that it considers its own shares to be a very wise investment. 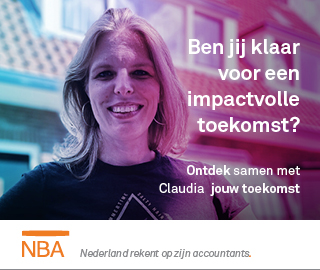 You’ve probably thought about investing in cryptocurrencies. Would you like to know more about this? Read about it in this column!