In May 2021, Elon Musk tweeted [1]  that Tesla will no longer accept Bitcoins for purchases from the company. The decision is driven by Bitcoin’s share in the global carbon emissions. Although Bitcoin’s popularity is increasing, the coin has been criticized for its environmental impact. In this article, we dive into the sustainability of Bitcoin.

Back to the basics

To begin with, it is important to understand why Bitcoin consumes energy. It is incorrect to say that individual transactions are responsible for the high energy consumption.

Bitcoin is a decentralized cryptocurrency. This means that there is no central party that manages the network. Instead, the network consists of a large group of computers that are connected to each other. The lack of a central party brings some advantages, but also raises the question who verifies transactions within the network. If no one verifies transactions, then people could spend their Bitcoins multiple times. To prevent this, there must be consensus within the Bitcoin network about the ledger with all transactions (the blockchain). Such ledger would clearly show when someone has already spent their Bitcoins. Also, in this way no incomplete or alternative ledgers will be accepted by the network.

Bitcoin transactions are added to the blockchain in so-called transaction blocks. To ensure that everyone accepts the same blockchain, the longest blockchain is seen as the “real” blockchain. A blockchain from which a block of transactions has been removed will therefore never be accepted as true. The blocks should also be connected cryptographically to each other, so that it is immediately noticeable if one of the blocks no longer connects due to an adjustment. As a result, malicious parties can only manipulate the blockchain if they modify both the target block and all subsequent blocks.

Moreover, Bitcoin uses the so-called proof-of-work method, which means that adding new blocks takes a lot of energy. This works as follows. A new block of transactions can only be added to the blockchain if it contains the solution of a mathematical puzzle. This puzzle changes with each new block that is added to the blockchain and the solution can only be found through trial-and-error calculations. Computers looking for this solution use computing power and thus electricity. This activity is called mining and the participants are miners. The miner who finds the correct solution first can add a new block of transactions to the blockchain. He or she receives a reward for this in (new) Bitcoins. The nature of the puzzle ensures that a new block is written into the blockchain approximately every ten minutes. Due to the time and energy costs, the proof-of-work method makes altering blocks very difficult and unprofitable.

In short, the proof-of-work method, together with the connection between the blocks, ensures a strong security of the Bitcoin blockchain. At the same time, energy consumption is necessary for this protection. Due to the increasing value of Bitcoins, mining has become a lucrative activity. It has led to a business model in which companies with many computers participate in mining and in this way try to get the Bitcoin reward.

“To further put these figures into perspective, the Netherlands consumed approximately 111 TWh of electricity in 2020. This is less than the Bitcoin network of today”

Searching for the cheapest source

Bitcoin’s electricity consumption would probably not be a problem if no carbon was emitted when generating the electricity. However, CBECI figures show that only 39% of the Bitcoin miners run on renewable energy. Globally, the carbon emissions of the Bitcoin network are comparable to those of countries such as Jordan and Sri Lanka [8]. Nevertheless, miners will not be motivated to opt for renewable energy sources as long as this leads to higher electricity prices. Cheap energy sources remain important to maximize the profit from mining activities.

To keep costs low, Bitcoin miners have turned to different energy sources. For example, the startup StrongHold bought an old coal mine in the United States to burn the residual waste to power their mining activities. It takes place under the guise of “environmentally friendly” because it is said to prevent water and soil pollution, but the extra carbon emissions remain a fact [9]. In China, the hydroelectric power stations in the Sichuan province are widely used. During the wet season, the hydroelectric plants generate a lot of electricity, which leads to lower prices. Because the business model of miners is relatively mobile, they can move their activities to Sichuan during these months. In 2020 miners did this en masse: about 50% of Chinese miners were in Sichuan during the peak months. In the other months this was only 15%. The fact that Bitcoin miners like to settle in China is apparent from the CBECI figures. In April 2021, 46% of the miners were located in China. A few months earlier this was even more than 67%. However, this ascendancy will soon be a thing of the past and global relations will change. In September 2021, the Chinese government announced a ban on crypto transactions and mining activities, partly because it feared not meeting the national climate targets [10].

In the pursuit of a CO2-neutral economy, ideas for more climate-friendly alternatives are always being put forward. One of the initiatives against the carbon emissions of cryptocurrencies is the Crypto Climate Accord. With this agreement, the initiating organizations want to make the global crypto industry climate neutral by 2030. The agreement is supported by various organizations, including KPMG. Still, Alex de Vries, founder of the Digicomist, warns that such an agreement will not be enough to keep miners away from cheap but polluting energy sources [11].

If it is not possible to tempt miners towards sustainable energy sources, we can also consider something else: the use of more energy-efficient methods for cryptocurrencies. For instance, one could replace the proof-of-work method with a proof-of-stake consensus mechanism. Within the proof-of-stake method there are validators instead of miners. Based on a number of factors, including how many coins someone locks in, one node in the network is chosen to be the validator for the next block. This validator checks the transactions in the block and receives the transaction costs of the block as a reward. Because this form of consensus does not involve any mathematical puzzles, the network consumes considerably less energy than with the proof-of-work method. However, the proof-of-stake method is not without its drawbacks. One potential disadvantage is the selection of validators based on the number of coins they lock in. Participants with a lot of coins could get (too) much power as a result. In addition, this way of selecting could discourage paying with crypto coins. Cardano, Polkadot and Solana are some cryptocurrencies that use proof-of-stake. In addition, Ethereum has plans to adopt the method for Ethereum 2.0.

All in all, we have seen that electricity consumption is inextricably linked to the way that the Bitcoin network works. However, this does not apply to the carbon emissions which are currently associated with Bitcoin’s electricity consumption. And with a percentage of only 39% of renewable energy, there is plenty of room for improvement in the future. 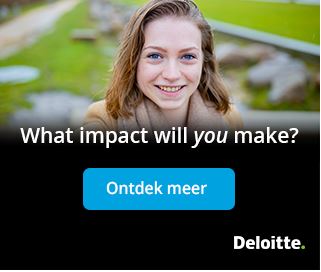 Neo-brokers,meme-stocks, and the gamification of stock trading: what are the risks for investors?

After the Corona pandemic, the Netherlands seems to be facing a new pandemic in the past year: investing. Read more about it in Louks article.