Home » Working together with the FIOD: what is the role of the accountant in beating corruption?

Working together with the FIOD: what is the role of the accountant in beating corruption?

How corrupt are the Netherlands?  Transparency International addresses this question annually and publishes the Transparency International corruption index, based on interviews with experts and business people in relevant countries. In the most recent evaluation the Netherlands scores reasonably well, with an eighth place in the top ten least corrupt countries [1]. Nevertheless, we in the Netherlands must remain critical. Although corruption has been largely eradicated in our own country, Dutch companies are repeatedly guilty of bribery abroad.  The OECD Working Group on Bribery, the organization responsible for monitoring and reporting on the anti-corruption efforts of participating countries, concludes that companies or individuals in the Netherlands rarely go to court and the number of foreign bribery cases that are concluded with sanctions is relatively low [2]. Furthermore, the Netherlands lacks a legal framework for self-reporting, making it difficult for companies to assess the consequences of reporting internal corruption practices, leading to uncertainty and reluctance. However, the OECD Working Group on Bribery also mentions positive developments in the fight against corruption.

One of these is the establishment of the Anti-Corruption Center (ACC) in 2016, a unit within the Fiscal Intelligence and Investigation Service (FIOD) aimed at combating corruption in the form of official and non-official bribery abroad and non-official bribery in the Netherlands. In addition to conducting corruption investigations, the ACC focuses on sharing knowledge in the area of corruption, entering into cooperation with various parties and professional groups, and increasing awareness of corruption and identifying it by means of ‘Awareness-raising-activities’. I spoke with Desiree van der Hoorn, chartered accountant and project leader at ACC, about how this unit operates, why they could really use the help of accountants in reporting signals of corruption, and the pilot project between the NBA, FIOD, and accountants.

How does reporting of corruption signals work?

The ACC starts a corruption investigation after receiving one or more signals, coming from different sources.  These signals can come from the other government departments such as the tax authorities, revelations from whistleblowers in the media, such as the Panama papers and Luanda leaks, but also from reports by accountants. Accountants are part of the so-called gatekeepers, public and private organizations that, on the basis of the Money Laundering and Terrorist Financing (Prevention) Act (Wet ter voorkoming van witwassen en financieren van terrorisme, Wwft), are legally obliged to report unusual transactions that they identify to the Financial Intelligence Unit-Nederland (FIU-Nederland). Other examples of gatekeepers are institutions such as banks, trust offices and payment service providers, but also lawyers, appraisers and civil-law notaries. For accountants, both subjective and objective indicators have been developed for reporting unusual transactions. For example, a transaction of €10,000 or more paid in cash, checks, or prepaid cards must be reported at all times. After reporting the unusual transaction, FIU-the Netherlands can declare the transaction suspicious, after which it becomes available to the investigative, intelligence and security services.

A total of 2,462,973 unusual transactions were reported to FIU by the various institutions and professional groups in 2019, of which 3,424 were reported by accountants [3]. This represents a small portion of the total number of reports, although it should be noted that payment service providers, mostly through the objective indicators made over 1.9 million reports. Despite the small number, these reports are very valuable to FIU-Netherlands and FIOD/ACC, according to van der Hoorn.

“An accountant is much closer to a company and has a good idea of what happens within a company, what is usual, but also what is unusual. In addition, before the accountant makes a report, some things are done. At large accounting firms, several consultations often take place prior to a report. This means that several experts have already had a look at the case and the transaction has been analyzed in detail. As a result, the reports that are made are often of high quality”.

“If you look at the relationship with your client, then it is logical that you want to keep it good. But ‘keep it good’ to me would also mean good in terms of content, so you also want a client to act with integrity and that you, as an accountant, can put him on that integrity track, insofar as he is not already on it.”

The considerations of reporting

Despite this, accountants remain reluctant to report signs of corruption and the investigative services are seen more as the enemy than as a party to cooperate with. How can this be?

In addition to his social responsibility in judging the truthfulness of the financial statements, the accountant also has a direct responsibility to the client. This combination can create a conflict of interest that hinders reporting. However, this does not outweigh the fact that failing to report an unusual transaction or reporting it too late is punishable by law. It can be punishable by substantial fines [4, 5], but an accountant can also be held liable under criminal or disciplinary law.  In addition, van der Hoorn believes that if an accountant acts correctly, he will not easily find himself in a situation with major dilemmas or risks.

“Despite the fact that, as an accountant, you are not allowed to tell your client that you have reported an unusual transaction to FIU-Netherlands, you do want to discuss the problem you have found with the client. Together with the client you want to resolve the issue, prevent it from happening again in the future, and possibly discuss the extent to which it makes sense to deal with the past and actively report the bribery yourself, so-called self-reporting. If you’re in such an open relationship with your client, you don’t actually get to a point where the risk is effectuated at all. “

In addition, conflicts of interest are often mentioned as a possible reason for not reporting an unusual transaction, but according to van der Hoorn, an accountant acting in the interests of his client would want to raise precisely possible corruption signals to the extent that the client is unaware of them:

“If you look at the relationship with your client, it is logical that you want to keep it good. But for me, ‘keep it good’ would also mean good in terms of content, so you also want a client to act with integrity and that you, as an accountant, can put him on that integrity track, insofar as he is not on it himself yet. Unlike companies that are willingly and knowingly engaged in corrupt practices, there are also forms where the management of the company still has a degree of ignorance. Addressing this ignorance or naivety, I think, is perhaps even more important for maintaining a good relationship with your customer. “

Safeguarding the safety of the reporter

In order to achieve the objective of more and better quality reports, government agencies strive to provide a safe environment for the reporter. First of all, the person reporting an unusual transaction to FIU-Netherlands is protected against liability. However, if the transaction reported is declared suspicious and is used as evidence in a criminal trial, this means that the identity of the reporting agent may become known. If you, as a reporter, want your anonymity to be guaranteed when you make a report, you can do so with Team Criminal Intelligence [6]. An example of this would be an inexperienced accountant at a large accountancy firm who comes across a potentially unusual transaction that is not reported after consultation with managers but which you believe to be a case of serious financial or tax fraud. In addition, a motion was passed in 2020 in which it was decided that more attention must be paid on a structural basis to ensuring the safety of a reporter of an unusual transaction [7].

Another thing that contributes to the safe environment and “awareness-raising activities” is the pilot between the FIOD and NBA. In this pilot, accountants can submit dilemmas they encounter anonymously to the NBA, which then discusses them with the FIOD/ACC and provides feedback to the accountant. It is up to the accountant whether or not to follow the feedback. The pilot therefore actually acts as an extra buffer for the accountancy firm, so that the various parties can discuss signals with each other without the accountant having to fear direct consequences for the firm or its client. The sharing of knowledge and experience is central to the pilot and the ACC is convinced that both parties can learn a lot from each other.

“I actually think that a fresh look and a critical mind, which you see precisely in students and sometimes no longer in someone who has been in the profession for 30 years, is more likely to question a transaction and ask the question ‘what is really going on?”

You would expect that with growing experience an accountant would become better at recognizing signs of corruption. To what extent should we expect the accountancy work student or novice accountant to detect corruption?

“I actually think that it is precisely a fresh look and a critical mind, which you do see precisely in students and sometimes no longer in someone who has been in the profession for 30 years, that is more likely to question a transaction and ask the question “what is really happening?”. So what I would like to pass along is, be curious and just really want to understand what happened next. Overall, so even while studying, it’s important to ask yourself how you now check outside of that paper reality.  The problem with corruption (bribery) is that it is a difficult crime to prove. Both the briber and the bribed benefit from covering up the bribery, both are punishable. So the contracts will be fine, the official money flow is arranged, and on paper the bribes are often disguised as e.g. sponsor payments, commissions, consultancy fees, IT project or in the form of share transactions. But when you see a transaction, what is the economic reality of the transaction and how logical is this transaction within the company? How logical is it that it goes through certain countries or legal entities. So don’t be afraid to ask questions either, you can do that within your own organization but certainly also elsewhere, for example through the NBA’s pilot.”

For more information on anti-corruption or the ACC, please contact us at FIOD.acc@belastingdienst.nl 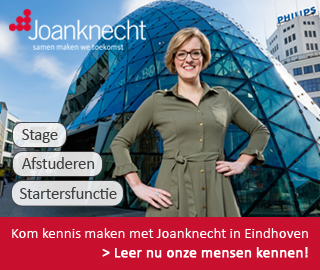