Ella, Evelien, Jochem, Sam, Stijn and myself formed the StudyTour committee together with our coordinator Daniek. Our first task as a committee was to determine the destination for the StudyTour 2019 and we have thought extensively about this. After discussing many options, South Korea emerged as the destination for our trip. South Korea is a special country in East Asia. Although this country is at the top of the Bloomberg Innovation Index and life is very similar to the rest in the West, the country still has its own culture with age-old traditions. The densely populated famous and modern city, the interesting business and surprising nature, made us choose South Korea as the destination.

The purpose of the StudyTour is to introduce the participants to the culture and business world in a different country, and enjoy the beautiful country that we are visiting. We have done this by visiting varied companies and undertaking cultural activities, but also by exploring the rich nature of the country.

Our first company visit was at BDO. Because we also visited BDO in the Netherlands prior to our trip, we could clearly see the differences between the accounting profession in the Netherlands and in South Korea. The fact that South Korea is at the top of the Bloomberg Innovation Index was definitely noticeable. A BDO employee showed us that several new laws have been introduced within financial reporting to improve the comparability of annual reports. This is done through a Data Analysis Retrieval and Transfer System (DART) website that is accessible to everyone, which  ensures that financial information remains transparent.

” An example of this is that companies indicate that the deals they make are mainly made outside of working hours.”

During the company visits, we noticed that South Korea has a very different corporate culture than the Netherlands. An example of this is that companies indicate that the deals they make are mainly made outside of working hours. Employees often go out with their boss and potential partners after working hours, and when the boss drinks, they are expected to drink as well.

In order to learn more about the history of South Korea and the background of the developments in South Korea, we had included in our planning to visit the Demilitarized Zone between North Korea and South Korea. Unfortunately, a few weeks before our trip started, we received an email with the news that our tour to this Demilitarized Zone could not take place due to swine fever that was prevalent in this area. Of course, as a committee, we were very disappointed, since this border is a special part of a visit to South Korea. To get an idea of the history of the country, we visited the Korean War Memorial. Although it is difficult to understand the entire history of the country, we did get a better picture of the situation before and after the Korean War.

” South Korea consists for about 70% of mountains and is therefore a real hike country.”

We spent the first week of our trip in Seoul. Our hostel was located in the Hongdae region in the Mapo-Gu district. The name of this region is derived from the university that is located here. The presence of the university makes this really a district for students. During our stay in Seoul we were introduced to the local customs and activities. South Korea consists for about 70% of mountains and is therefore a real hike country. Where South Koreans spend many hours at work during the week, they often go hiking with their families during the weekends. We had the full hike experience ourselves when we went to Bukhansan National Park on Saturday. Once we got on the subway, we saw more and more Koreans with good walking shoes and sporty clothes get on the subway as well. To get to the park, we had to take the bus for a short distance. This was easier said than done. It turned out to be a struggle for a place in the bus that could eventually leave, completely stuffed with people. After a challenging hike to the top of the mountain, it turned out to be a bit more difficult to reach the top. Halfway the climb we were held up by a long line of fanatics, who also wanted to take a look at the summit. However, not everyone had the patience to wait until they could get to the top and the trained Korean hikers passed us left and right.

After having stayed in Seoul for a week, we continued our journey in Busan. Busan is a port city and the third largest city in South Korea. Although this is also a very big city, the atmosphere was a bit more relaxed than in Seoul. The people here are also less internationally oriented, which made the visit to this city very interesting. During our trip to Busan we got to experience the atmosphere of the city. We got a tour of the Jagalchi Fish Market, which is the largest fish market in South Korea. Most of the fish species you can buy here are still alive and so they are really fresh when you buy them. We have also done some shopping at this fish market four our cooking workshop that followed. Here we learned how to make traditional Korean Japchae, Sujebi and Jjimdak.

For the last night of our trip, we went back to Seoul, where we slept in a hostel in Itaewon, located in the Yongsan District. Itaewon is a very international neighborhood with a lot to do, especially in the evening. The American military base used to be located in this district. The Western influences can be clearly seen in the city and the various pubs and restaurants that are located there. Still we enjoyed the South Korean culture during the evening and we ended our trip with an extensive Korean BBQ.

Finally I want to thank our coordinator Daniek and my committee Ella, Evelien, Jochem, Sam and Stijn for organizing this trip! 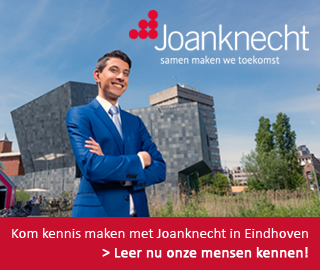 Nick Leeson and the downfall of the Barings bank

In 1995 the Barings bank completely collapsed, but how did this happen? In this article Wout will tell you more about the person responsible.

Curious about Accounting Insight? Read in this article about the run-up to the event, which speakers will be attending and the topics that will be covered!

A board year as Treasurer of Asset | Accounting & Finance – Ella Boerkamp

Ella is the Treasurer of Asset Accounting & Finance, in this article she tells more about her experiences of this year.