Home » Studying in Bangkok, Thailand – ‘you hate it or love it’

Studying in Bangkok, Thailand – ‘you hate it or love it’

Two years ago, I went outside of Europe for the first time, to Sri Lanka. Together with my parents and sister I went on a group tour, where I came in contact with Asian culture for the first time. One year later, I joined on the Asset | Accounting & Finance Studytour to Singapore and Malaysia. At this Studytour I got amazing impressions of Asia, which made me certain: I want to go on exchange! I wanted to discover more of Asia, the differences between Dutch and Asian culture were very interesting to explore. Now the only question that rested was: Where do I want to go? When I scrolled through the list of destinations, I encountered Bangkok. A city with over 8 million inhabitants, about the same size as the province of Utrecht. A lot of things went through my mind. Singapore was the first really large city where I traveled, and I was unsure whether I could handle Bangkok. Such a large city, with smog, a contrasting culture in the middle of Asia. I took on the challenge. Bangkok is a typical metropole and ‘you hate it or love it’. I love it!

The land of Smiles

I have not had a second of regret from my decision, even though it took some time to find out where to find everything, the Thai people are super helpful and always point you in the right direction. It took some getting used to living there. It is usually around 30 degrees Celsius and pretty clammy. Besides that, you can’t just take your bike somewhere, and most activities take up an entire daypart. If you want to go somewhere, you can take a cab, tuk-tuk, MRT or skytrain, and yes, this  takes long if you know traffic around Bangkok. In rush hour it can take up to 30 minutes to travel 3 kilometers. Bangkok does not really have a centre, but it has different neighborhoods. Every neighborhood is different and this makes Bangkok really diverse.

Not only Bangkok is really diverse, but Thailand in its entirety. It is a great country with the friendliest people. It is know to be the ‘Country of Smiles’. There are amazing beaches, beautiful nature, fun parties, great food, delightful massages and there is a relaxed atmosphere everywhere. I never had to Cook, because eating outdoors is cheaper than cooking yourself, and it tastes great to boot!

The purpose of an exchange semester is of course that you learn something. There are different universities in Bangkok, but Chulalongkorn University is the most well-known and also the one I attended. It is the oldest and best University in Thailand. At the university everybody wears a uniform which is mandatory. At the beginning I had to get used to seeing everybody in the same clothes, but it also had its advantages. I got free entrance at temples and getting a cab was easier. Classes take three hours and around 40 people sit in a class. Sometimes it was much like high school because of mandatory attendance and a lot of interaction. The material was at a reasonable level, but sometimes they took a lot of time discussing one topic, which made it boring. Chulalongkorn University is a lot bigger than Tilburg University and has around 40.000 students. There are even multiple busses around campus because the university is so large.

“There are amazing beaches, beautiful nature, fun parties, great food, delightful massages and there is a relaxed atmosphere everywhere.”

The most fun part of my exchange was the contact with people from all over the world, so that I didn’t just learn about Thai culture, but about various cultures. Furthermore, I didn’t really feel like a tourist, but a real local. A lot of things are ‘normal’ for me, while other foreigners still think everything is really special. For example, for me the crowded and hectic city were really normal for me, as well as the many street venues and Thai people. They play the national anthem every morning at 8 and every evening at 6 on the tv/radio, where you have to stop whatever you are doing and stand up for the king. Before a movie plays in the cinema, you have to stand up for the king. The king in Thailand is really important and there are high penalties if you say something bad about him. Furthermore, they are really good at creating jobs: For every small job they have someone in service. What one person can do here, they hire three people in Thailand. Thai people are really collectivistic. They often live together with large families and most children don’t leave their house to live in student housing. They have to get permission for almost everything from their parents, even if they are 21 years or older. It is fun to experience how people can think so differently about certain subjects and that they grew up entirely different than us.

My exchange semester was great! I recommend everybody to study abroad for a semester. The education is worse than in the Netherlands, but you learn so much other stuff. The world keeps getting smaller and it is important that you don’t think from a Dutch-only perspective, but also learn that people can have a different culture and mentality. An exchange semester is not only informative, but also a lot of fun! You practically only do fun activities, get out a lot and there constantly are great people around you. In the weekends, I traveled through Thailand and on weekdays I went out with other exchange students, enjoyed dinner in nice restaurants or had a drink at one of the many rooftop bars with breathtaking views over Bangkok. It is an experience I will never forget, and the best choice I have made so far! 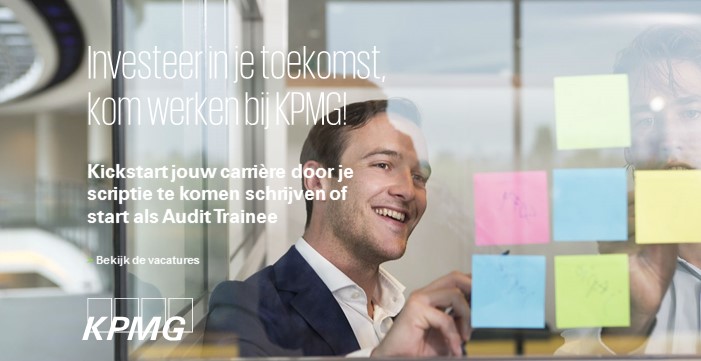 Studying in Monterrey, Mexico – “The city of the mountains”

In this Message from Abroad Roel Elissen, ex-chairman of Faces Online, tells all about his adventures in Monterrey!

Luc van den Hurk tells us about his experiences during his exchange at Lancaster University, a modern university at a central location!