Home » The Business of Football

The Business of Football

Which salary do you think you will earn as a starter on the job market after graduating from university with a Master’s degree? Most students have probably done some research on starting salaries and concluded that three thousand euros a month would be a nice salary to start with. However, nowadays this is an irrelevant amount for top athletes. Especially within the football industry, these high salaries and insane sponsor contracts are a normality rather than an exception. Recently, it became clear that Brazilian superstar Neymar receives an amount of 375000 euros for just waving to supporters in the stadium. In addition, he receives ‘a little extra’ of two million euros for not criticizing the actions and decisions of his own coach. It is ridiculous to conclude that an average Dutchie has to work about forty years in order to earn the same amount of money Neymar receives yearly based on his bonuses. Thus, the world of top sports has become a billion euro industry, yet is this a positive trend?

To look more closely at the huge amounts of money in the football factory: Kylian Mbappe, the 19 year old French superstar, earns around 17.5 million euros a year. This is a daily pay of a whopping 50.000 euros, most graduated master students of accounting and finance would accept a sum of money like that as a yearly salary in a heartbeat. However, the amounts haven’t always been that high. In 1995 the total accumulated transfer fees summed up to just above 400 million euros, nowadays that has easily increased tenfold. To make a comparison, Johan Cruyff was considered the best player in the world in the seventies and received during his time with Ajax around 95k in guildens, the former Dutch currency. To convert this to euros, this would be approximately 43k. Even when taking inflation into account, it’s absolutely ridiculous to conclude that the daily payment of Mbappe is higher compared to the yearly payment of Cruyff.

This bizarre development in the world of football has several causes. The major cause is the fact that clubs have access to higher amounts of capital through an increase in TV- and sponsor revenues. Sports channel Sky Sports paid the ridiculous amount of seven billion dollars for the broadcasting rights of three Premier League seasons. In addition, a political decision in 1995 caused that clubs were not required anymore to pay transfer money for a player whose contract has ended.  This ‘Bosman-arrest’, as it is called, has led to a major increase in the amount of transfers and salaries. It seems that there is no hold on this development.

“However, nowadays they have to deal with new players in the market, such as Chinese football clubs. Thus, there is a competition going on which will be decided by the club with the deepest pockets.”

Additionally, the rise of China as a major player in the football industry has contributed to the high amounts of capital on the transfer market. Football players who have finished their career in the European top leagues and who still want to earn some quick money, are happily welcomed in China. Take the example of Carlos Tevez: a few years ago, he used to earn about forty million euros yearly when playing for Shanghai Shenhua. This means a weekly pay of 770000 euros. European football clubs once had no competition regarding historical successes, fame and capital. However, nowadays they have to deal with new players in the market, such as Chinese football clubs. Thus, there is a competition going on which will be decided by the club with the deepest pockets.

Nowadays football players are not being bought merely for their skills in football. The purchase policy of a football club can be compared to a company investing in new projects, with the focus purely on maximizing profit. An example of a good investment is the transfer of Cristiano Ronaldo from Real Madrid to Juventus. The transfer fee of 112 million euros was earned back in a few days just by the increasing sales of the merchandise. Moreover, the stock of Juventus went through the roof and increased 50 percent at the moment it became clear that Ronaldo was coming to Juventus. In the current era footballers can be seen as brands and because of that they are becoming the most important factor in the investments of the club.

We might ask ourselves whether the insane amounts in today’s football industry are somewhat extravagant. On the one hand, football clubs can be seen as players in a market and thus act according to supply and demand. On the other hand, the development can be seen as a ‘bubble’ which will ultimately burst since an unrealistic amount of money is being spent on players and contracts. This argument is agreed upon by some players in the industry itself as well: Mbappe, mentioned earlier, recently criticized the insane amounts of money in today’s football industry.

The teenager, originating from a modest family, has a lack of understanding for the current expenses of clubs. Nevertheless, he became one of the most expensive players in the world last year after a transfer of 180 million euros. Eventually only time will tell if the bubble will burst or that the recent trends will continue. For this moment, if you can play a decent game of football, you can always try to join a Chinese club in a lower league. Who knows, after a year you might return with hundreds of thousands of euros more in your bank account, which will immediately solve your student loan debt issues as well. 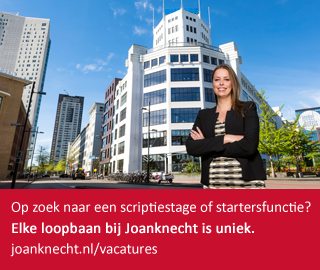 What makes Taiwan an attractive country for doing business? In this article, Luc will explain the advantages of doing business in Taiwan.

A large part of students are in debt because of student loans. In this column, Tim Foesenek explains what the reasons and consequences are. Read it here!