Home » Consequences of Brexit on Dutch business and the financial statements

Consequences of Brexit on Dutch business and the financial statements

The delayed deadline for the United Kingdom to leave the European Union is October 31. Then the British will leave the EU, but there is still much uncertainty. EU President Donald Tusk has stated several times that the deal the EU has concluded with the British cannot be renegotiated. It is still unclear whether there will be a no-deal brexit or whether there will be a deal that is accepted by the UK. As long as the UK have not officially left the EU, it is still possible that they will not leave at all. But what consequences does the Brexit have for business in the Netherlands?

On June 23, 2016, a majority of British people indicated that they wanted to leave the European Union in an advisory referendum. March 29, 2019, the UK would eventually leave the EU, but this deadline has been postponed to October 31, 2019. The Brexit has already cost two conservative prime ministers. David Cameron had campaigned for the “remain-camp” and he resigned after the outcome of the referendum. Theresa May was his successor and was also for the “remain-camp”, but she accepted the will of the people and repeated “Brexit means Brexit”. Theresa May made a deal with the EU, but it was voted out three times in the British House of Commons. She also decided to resign as prime minister and party leader. Boris Johnson has been the new prime minister and party leader of the conservative party since July 24 and is known as a hard Brexiteer. He is particularly opposed to the harsh border between Northern Ireland and Ireland that the EU believes there must be. Boris Johnson argues for creative and flexible solutions. There is still disagreement in the conservative party about how the UK should leave.

It is not yet known whether the UK will leave the EU with or without a deal. With a hard Brexit, the transport & logistics sector will be hit the hardest. A disorderly Brexit means that border controls will take place again and instead of two or three documents, Dutch companies need seven documents to be able to export to the United Kingdom. Long lines can once again arise at the border and this can cause problems for just-in-time suppliers..

”In a no-deal Brexit, the EU will act according to the rates set by the World Trade Organization (WTO) and the UK will do the same.”

Within the EU, countries do not levy import duties on each other products. In a no-deal Brexit, the EU will act according to the rates set by the World Trade Organization (WTO) and the UK will do the same. You can also no longer travel to the UK without a passport. There will also be tax consequences for Dutch people who live and work in the UK and are (partly) liable to tax in the Netherlands. The State Secretary for Finance, Menno Snel, has already indicated that for citizens and businesses, a transitional arrangement will be established in the event of a no-deal Brexit. This means that the taxes are treated as if the UK has not yet left the EU.

Dutch companies must also be alert to impairments. The impairment test must be applied to assess whether this is the case. Hereby the book value of an asset is compared with the realizable value. If the book value is higher than the realizable value, this leads to a write-off in the profit and loss account. Finally, it is also important for companies to see whether there are any relevant developments regarding the Brexit after the balance sheet date. It may not be possible to establish what the actual situation is at the balance sheet date and therefore the Brexit developments will have to be followed after the balance sheet date. If this leads to additional information about the actual situation at the balance sheet date, then this will have to be incorporated in the annual statement. 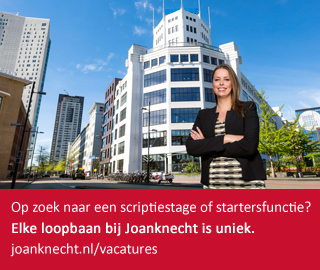 Curious about how the auditing world looks like on an island in the Caribbean? Mr. Edsel Lopez RA and Dr. Robin Litjens RA share their insights on this!