April 11, there was a hearing in the House of Representatives about the Climate Agreement with representatives of the Dutch energy-intensive industry. Faces-Online has spoken to a negotiator from the industry sector side, in order to shed a light at the underexposed side of the industry. Also, we received the official announcement from Manon Jansen, CEO of Ecorys and chairman of the industry-table, about the process. This article gives an insight about the process of negotiations with the Rutte III cabinet and the possibly far-reaching consequences. Due to the sensitivity of the subject, our source remains anonymous.

Ever since the Paris Agreement is included in the coalition agreement of the Dutch cabinet, the climate is a hot topic. Before the Paris Agreement in 2015, energy-intensive companies within Europe were already looking for ways to save energy and reduce the emission of greenhouse gases. “Energy in the European Union is simply really expensive” our source claims. Since 2017, Energy-intensive Dutch companies are actively engaged in negotiating with the Dutch government to look after the ambitions of the Rutte III cabinet.

Within these negotiations, multiple phases are known. Firstly, there is the phase before the official design of the Climate Agreement in December 2018. The people involved are representatives from all sectors, like the industry, companies, lobby groups and the government. Our source describes the current willingness of the industry to this transition. “This is the way, the effort hurts but is acceptable and we can take it with some support.” The second phase was between the beginning of this year till March 13, just before the Provincial States elections on March 20, it was then when the organizations PBL and CPB came with an analysis report. “Their conclusion was that the targets were not reached because of the high degree of uncertainty and because the costs were eventually bad for the average citizen” so Manon Janson says. The final last phase is from the Provincial States elections till the present. This final phase prevails a trend of uncertainty.

The interest and impact of this topic for energy-intensive companies is currently very high. To illustrate this: every two weeks the CEOs of the twelve biggest industry emitters of the Netherlands are physically present in The Hague to talk about the climate, with as primary goal to meet the governments ambitions. A considerable transition within these companies has to take place, because there is a necessity to rebuild the entire nations industry. “Financially it is of great importance to calculate the financial impact of all possible scenarios. Looking at cashflow for the coming years, long-term forecasting. With every model, tax is a significant parameter to consider.” So our source claims. At last, the companies will continue their transformation to lower the emission. Searching for innovation, becoming futureproof.

“He compares the situation to the mine-closure in the southern Netherlands in the 1960s and 1970s. Job losses back then: estimated at 32.000.”

The consequences about a possible CO2 taxation could be dramatic. Our source distinguishes between a wise and an unwise measure. In case of an unwise measure, multiple companies could no longer have a profitable base to operate in the Netherlands. PricewaterhouseCoopers has been hired by the government to investigate the amount of imposition companies can carry, relative to their competitiveness. With the introduction of a wise, subtle move the goal should be reachable. “If you don’t innovate or won’t lower your emission, you will get a fine or some other kind of punishment. If you do innovate, you could expect support from the government. In total it is a balanced package of rules that don’t hurt companies too much but guide them towards a future-proof industry.” According to Christian-democrats politician and Limburg representative, Ger Koopmans, an unwise decision from the government could have catastrophic outcomes. He compares the situation to the mine-closure in the southern Netherlands in the 1960s and 1970s. Job losses back then: estimated at 32.000.

Currently all negotiations are in the last phase. A cabinet appreciation from Rutte III is expected in the end of May ‘19. As a concluding note our source says the following: “At first there was a coalition agreement. As an outcome the industry goals were significantly high, since the potential to lower emissions in this sector is relatively high. However, the interim results of the agreements were rather disappointing. As a result, the government summoned the sector to pay even more. It seems that the government has forgotten the initial context”. Acclaim seems to come from the corner of Manon Janssen. Last month she gave a lecture about the Dutch climate agreement at the university of Brussels. When she asked the students what advice they would give regarding the negotiations about the climate, they said the following: a) don’t make stupid laws, and b) don’t give up – you are doing this for us, not for you. 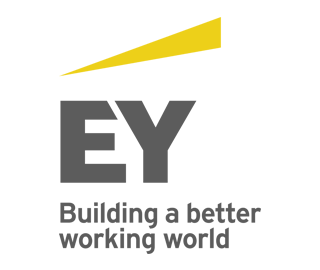 FinanceDay: The Start Of Your Future Career

In February the FinanceDay took place, an event students get acquainted with the world of finance by making challenging cases for diverse companies. In this article Luc van den Hurk reflects on the event.

This article is currently only available in Dutch.

In 2018 the Basel committee (primary global standard setter for regulation and supervision of banks) has issued a new standard, implemented as of 2018. It demands that banks use standardized methods to measure their exposure to interest rate risk, instead of bank-developed methods, which was the case before. Standardized methods are always good from a simplicity and comparability point of view, but are they actually accurate enough to capture the risk at stake? Or do we trade off quality of measurements for simplicity with this new implementation? Read it in this article by Kevin de Veer, Thomas Kerkhofs, Hans-Peter Hiddink, Dimana Ivanova, Maartje Schriever & Jack Arkesteijn!

Investment Night 2018: “Times do change, but the hunger for Alpha doesn’t”