Home » The tricky business of the NOW

In the Netherlands we have been dealing with the consequences of the corona pandemic for almost two years. After countless corona measures and support packages we have now arrived at the sixth NOW scheme. What does the NOW scheme actually entail and what snags and catches have we already encountered? You can read more about it in this article!

NOW in a nutshell

NOW stands for Temporary Emergency Measures for Bridging Employment. The temporary subsidy scheme was set up to support businesses affected by the corona crisis. Companies that expect a loss of turnover of 20% or more can have up to 90% of their wage costs reimbursed. The application and payment of the NOW runs via the UWV. Based on their data, the advance and final subsidy is determined. The advance consists of 80% of the expected final subsidy. Entrepreneurs may only use this amount for the continued payment of their employees. Furthermore, employees, both with a fixed and flexible contract, must be paid in full and no dismissal for economic reasons may be requested from the UWV. If a company does not meet the above or other conditions, the UWV can reclaim the subsidy. Good to know is that the NOW actually replaces an old scheme, namely the “short-time working” scheme. This means that enterprises that suffer a loss of turnover due to a cause unrelated to the corona crisis can also make use of the NOW.

In addition to the NOW, the government created several other schemes to support entrepreneurs during the corona crisis. One of the schemes that is still running is the Allowance Fixed Costs (TVL). This allows entrepreneurs with a loss of sales of 30% or more to receive a subsidy for fixed operating costs. In the fourth quarter of 2021, the limit for TVL was lowered once to 20% loss of turnover. For self-employed entrepreneurs, there was the Temporary Bridging Entrepeneurs (TOZO), which was implemented by municipalities. To the dismay of self-employed persons, the TOZO was discontinued at the end of 2021 and they were referred to social assistance (Besluit bijstandverlening zelfstandigen).

To prevent fraud with the NOW subsidy, entrepreneurs must submit a statement confirming the underlying decrease in turnover for large subsidy amounts. From NOW3 onwards the threshold amounts are as follows: a third-party statement is expected for an advance or final subsidy of €40,000 and an accountant’s statement from €125,000. A third-party statement may be issued by various parties, such as an accountant or tax consultant. The type of accountant’s statement (e.g., with limited or reasonable assurance) depends on the grant amount and whether the company is required to audit its financial statements.
Thus, for accountants, the NOW creates additional work, but there are doubts about its feasibility. To outline the situation: in the spring of 2020, the first

“Last December, PwC partner Arjan Brouwer estimated that 10% of the NOW audits cannot be completed before this deadline.”

NOW advance payments were made. After postponement, the deadline for the audit opinion is February 6, 2022. Last December, PwC partner Arjan Brouwer estimated that 10% of the NOW audits cannot be completed before this deadline [1]. A financial blow is looming for the companies involved, as without an audit opinion the NOW grant amount will have to be repaid. Since this is only the first round of the NOW, there is still a long way to go. The NBA is therefore advocating a NOW audit on an annual basis to reduce the work and costs [1].

In addition to criticism of the feasibility of the NOW schemes, several large recipients of the NOW were also under fire. A feature of the NOW schemes is that the company name, location and advance amount of the NOW applicants are made public on the UWV website. Following the publication of these registers, the dividend and bonus policies of some parent companies were questioned. Since NOW2, there has been a ban on paying dividends, paying bonuses and repurchasing own shares for NOW recipients. However, this ban does not apply to foreign parent companies of subsidiaries that receive Dutch state aid. Research by the NOS showed that several foreign parent companies of Dutch state aid recipients were indeed making hefty dividend payments. This raises the question whether such concerns really need the state aid. These would include the parent companies of employment agency Adecco, truck manufacturer DAF Trucks and IT company Atos [2].

Booking.com also went through the dust. The company received €65 million from the Dutch government in the first round of the NOW. However, parent company Booking Holdings appeared to still have some $12 billion in cash and announced layoffs in the summer of 2020, including in the Netherlands. When shareholders approved €28 million in employee bonuses for Booking.com in 2021, this socially proved the straw. After strong criticism, Booking.com let it be known that they wanted to repay the NOW received [2,3]. In contrast to Booking.com, bed manufacturer Auping decided on its own initiative to repay the state aid. Auping saw its gross profit increase by 50% in 2020 compared to 2019, with sales growth of 15%. Despite this, the company remained entitled to the €1.2 million subsidy from the first NOW round due to disappointing results in that period [4]. This again makes one wonder whether a NOW scheme on an annual basis would not be more appropriate.
All in all, the NOW has its snags. With six schemes in circulation, more are likely to follow. 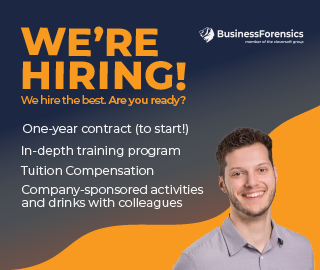